Bratislava as a film scene

The Slovak capital has already featured in films along with Vienna, New York or war-torn Sarajevo. 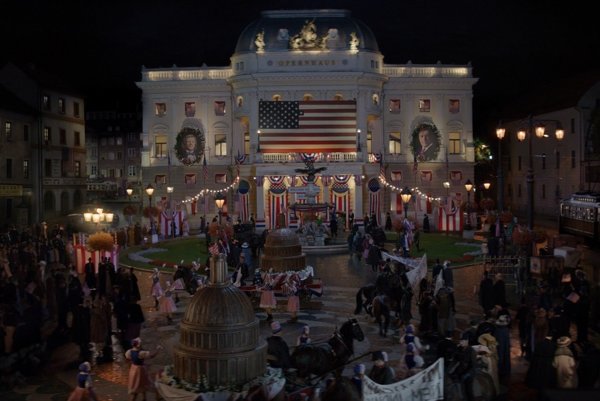 The scene from the film Wilsonov in which Bratislava, the then-Wilsonov prepares for signing an agreement about joining the city with the USA. (Source: PubRes)
Font size:A-|A+

An Honest Thief, The Nylon Moon, The Sun in a Net, Fountain for Suzanne, and also Peacemaker, Hostel or Colette. All these films, but also many others, have one common feature – some of their scenes were shot or their storylines took place, in Bratislava.

“Film Bratislava actually has three dimensions,” said Ivor Švihran at the beginning of a guided tour of the Slovak capital with the topic: Bratislava in the Movies. He prepared it in cooperation with the Slovak Film Institute on the occasion of The International Film Festival Bratislava. “These dimensions include Czech-Slovak and Slovak movies that were shot in Bratislava, foreign films shot here but in which Bratislava ‘played’ different cities, and films located in Bratislava, but were shot elsewhere.”

The first feature films located and shot in Bratislava are from the 1950s. These included the comedy Friday, the Thirteenth, directed by Paľo Bielik from 1953, An Honest Thief, which is a film adaptation of a play by Ivan Stodola Jožko Púčik and his Career from 1958 featuring Jozef Króner, and Luck Will Come on Sunday, directed by Ján Lacko, also from 1958.

“Especially the films An Honest Thief and Luck Will Come on Sunday show what Bratislava looked like before extensive demolitions that started in the 1960s,” said Švihran. “For example, in the film An Honest Thief, there are shots of the synagogue which used to stand near St Martin’s Cathedral.”