The mining company however considers such approach irresponsible. 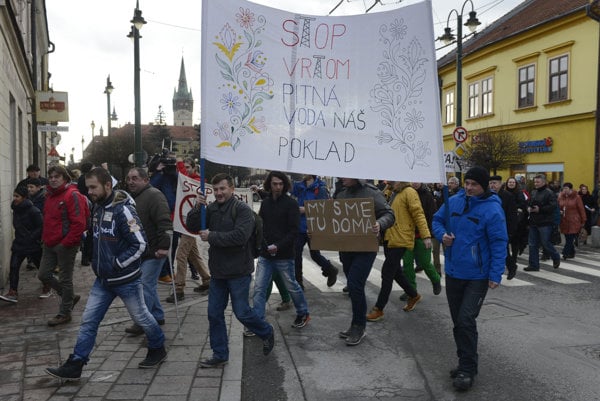 The Greek-Catholic and Roman-Catholic bishops have supported the petition aimed against the land survey carried out by US company Alpine Oil & Gas in the village of Smilno (Prešov Region). They even left the petition sheets in churches for people to sign.

The company, however, considers such an attitude irresponsible and considers such actions only a misunderstanding that will be clarified soon. Thus it has asked for adopting steps that would revert the damage already caused and prevent others from happening, the TASR newswire reported.

“We watch with concerns some activities of foreign companies in north-eastern Slovakia, thus we support with this statement people who point to the risks and deficiencies of activities carried out when surveying and extracting oil and natural gas,” reads the statement of Roman-Catholic Košice Archbishop Bernard Bober and Greek-Catholic Prešov Archbishop Ján Babjak, as quoted by TASR.

Alpine Oil & Gas claims that it is acting legally and has all necessary permissions. Its activities are monitored and checked by the respective state authorities.

Moreover, the company claims it is obliged to carry out the drilling survey according to the permission issued by the Slovak Environment Ministry. As a result, the statement of the churches aims to prevent it from fulfilling its legal duties, as reported by TASR.

The inhabitants of Smilno meanwhile continue their fight against the company which allegedly has violated the state licence for surveying the land, ignores land owners and the petition, the Denník N daily reported.

The Environment Ministry has so far ignored the complaints of activists who warn against threatening the environment. It has prolonged the licence several times, the daily wrote.