People currently receive the devices free of charge, but this may change in the future. 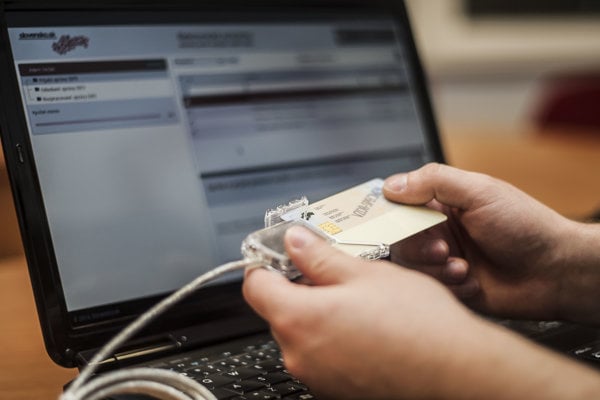 People visiting the client centre on Tomášikova Street in Bratislava in mid-November, who came to activate their electronic ID card and create an electronic signature, were left without a card reader. Though the current rules enable them to receive the device free of charge, the centre has recently ran out of them, the Denník N daily reported.

“We solved the problem by moving the card readers from other warehouses in Slovakia,” Alena Koišová of the Interior Ministry’s press department told The Slovak Spectator.

The temporary lack of readers may have been caused by a new rule introduced by the amendment to the law on ID cards, which allows people to obtain the cards at any client centre in Slovakia, regardless of their permanent residency. As a result, many people who do not live in Bratislava came to Tomášikova to have their request processed, Koišová explained.

Ján Hargaš of the Slovensko.Digital initiative, however, considers the current situation unfortunate, especially for entrepreneurs who need the eID cards for activating their e-letterboxes to which they will receive important documents from state authorities as of the beginning of 2017.

“On one hand, the state obliges them to use e-letterboxes, but on the other hand the Interior Ministry underestimated its tasks, though it has been talking about the planned campaign since summer,” Hargaš told The Slovak Spectator. 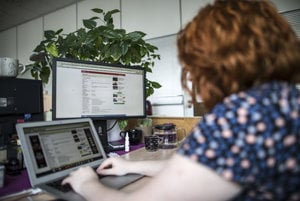 The National Agency for Network and Electronic Services (NASES) has already established more than 5.6 million e-letterboxes, of which more than 250,000 belong to companies listed in the commercial register. Of them, altogether 14,797 have activated their e-letterboxes as of November 21, NASES spokesperson Martin Dorčák told The Slovak Spectator.

The number is twice as high as in the previous month, he claimed, adding that this may also be the result of the information campaign launched in late October. It has targeted more than 160 associations and organisations and also launched a new temporary website, Statutar.sk. The website contains basic information on how to use the e-letterboxes, but lacks the information on where to obtain the card readers, Denník N wrote.