There are numerous events preceding Yuletide, including charity ones, and one of them, the annual traditional Christmas Bazaar, turns 25 this year. 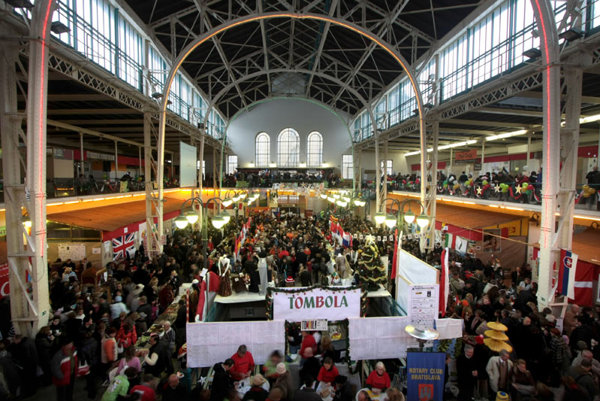 The Christmas Bazaar is a charity event that attracts thousands of people every year. (Source: SITA)
Font size:A-|A+

The event organised by the International Women’s Club, the diplomatic community in Slovakia, the Foreign Ministry and the Bratislava city council aims at raising money for charity. Individual countries offer national meals, delicacies, and products at their various kiosks – the money thus raised is used for different civic associations and non-profit organisations across the whole country.

In 2015, a total of €74,434 was raised, and more than 4,000 visitors came. This year, 33 countries will participate in the Bazaar taking place on November 26, as well as four non-profit organisations, three international schools, and two befriended charity clubs:The Rotary Club and The Lions Club. It will be held in the Old Market-hall at SNP Square in Bratislava.

The event will be attended by many high-profile guests, the city informed, such as Foreign Minister Miroslav Lajčák, Bratislava Mayor Ivo Nesrovnal and many ambassadors and diplomats currently serving in Slovakia.

Apart from the food and traditional products, the Christmas Bazaar will also offer a tombola with prizes including a notebook, flight tickets, various vouchers, one-week hire of a luxury car, and much more. Tickets can be bought in advance (from the Dobre Dobré café in the Old Market-hall, the Crowne Plaza Hotel, the British School, QSI, the German School and the International French School, and at the farmers’ markets in the Old Market-hall) or on the day of the event directly on the door.