Today, films have an increasingly harder task of competing with short videos on YouTube – fighting cats under a Christmas tree are among the most popular, especially among young people. 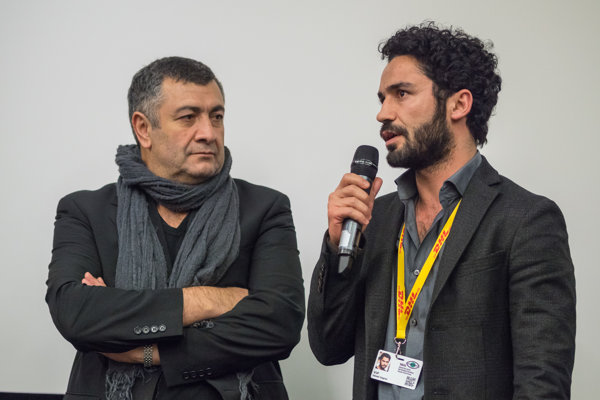 This was the intro of host Tomáš Hudák at the gala evening of the International Film Festival Bratislava 2016, on November 16, adding that film festivals prove that outstanding works can still compete even with the Christmas cats.

This was at least true of the films awarded, which were evaluated in five categories – the Student Jury Award, Short Film, Documentary, FIPRESCI award, and four awards in the Feature Film category.

The best short movie was Adaptation / Adaptacja by Bartosz Kruhlik; the best documentary selected was Communion / Komunia, by Anna Zamecka, both Polish films.

The film critics’ association’s jury, FIPRESCI, selected the animated film My Life as a Courgette / Ma Vie de Courgette by Claude Barras as the best work shown in the competition. 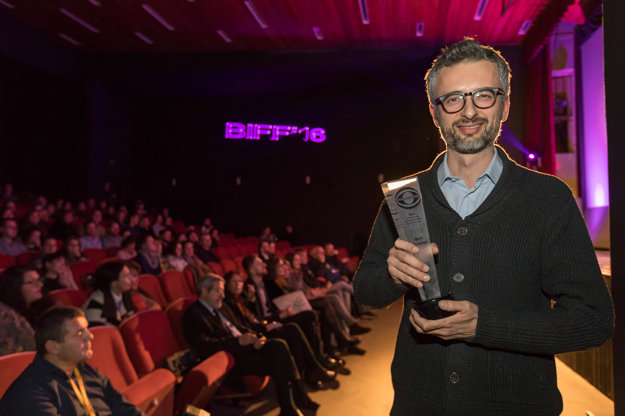 The best actress was Mia Petričevič for her role in Quit Staring at My Plate / Ne gledaj mi u piat (Croatian-Danish co-production) of Hana Jušič. 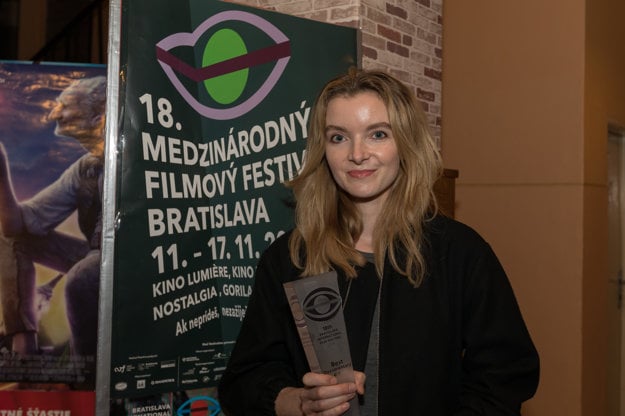 Slovak theatre and movie actor/director Martin Huba received a symbolic tile that will be placed on the Bratislava-based Walk of Fame in front of the P.O. Hviezdoslav City Theatre next June, as part of the opening of the Cultural Summer in the Slovak capital. 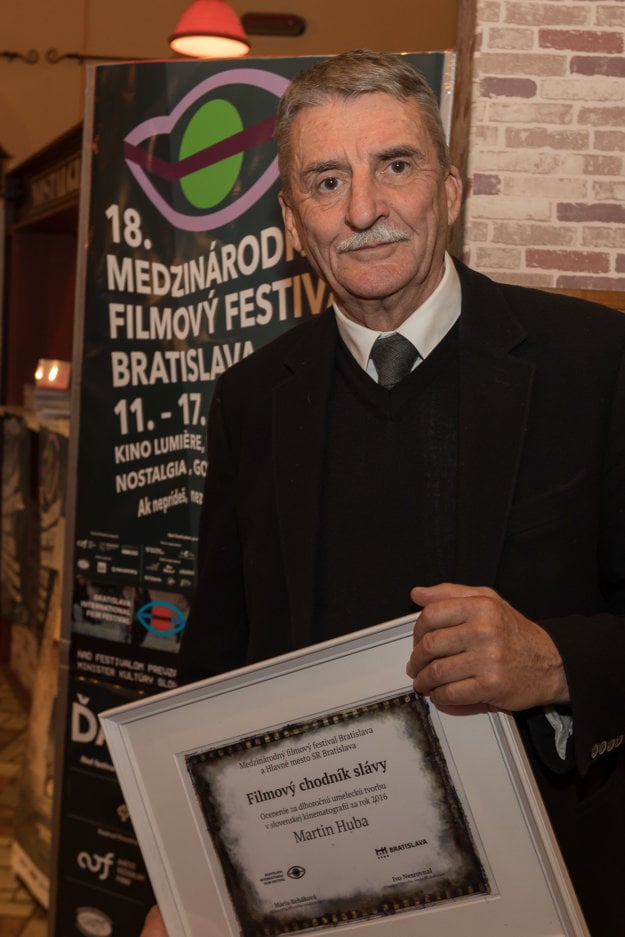 Actor Martin Huba received a symbolic tile that will be placed on the Bratislava-based Walk of Fame. (Source: Courtesy of IFF Bratislava)

Apart from the film competition, IFF Bratislava 2016 also had what makes a festival: accompanying events including master-classes, discussions and introductions of movies by filmmakers.

One of them was the US independent filmmaker Alex Ross Perry who introduced two of his movies; one of them was his first film, Impolex (2009) made on a 35-millimetres camera and freely adapting a book by Thomas Pynchon, Gravity’s Rainbow. Perry helped understand the phenomenon of independent movies, their production and distribution, as well as the secrets of their festival screenings. 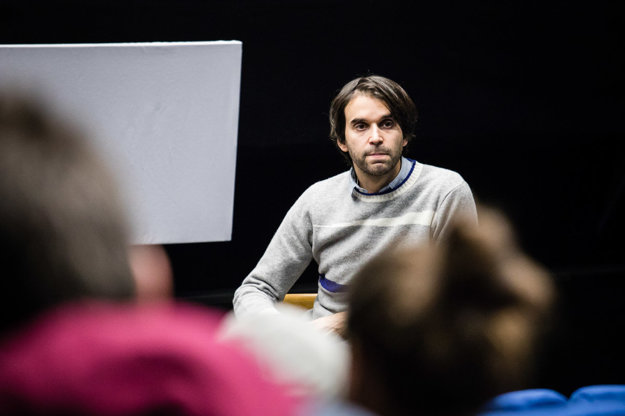 A director who was obviously delighted to come back to Bratislava was Mano Khalil, whose Swallow / Die Schwalbe is a Swiss production but plays between that country and Kurdistan – the director’s homeland, showing the divide within descendants of Kurds and Europeans, in a universal story of a Swiss-raised girl who traces her father – allegedly long dead – and in doing so traces half of her genes and her roots. Khalil, who deemed the story fictitious, but reflecting the emotions of many people stuck in such a situation, graduated from the Film Faculty of the Academy of Performing Arts in Bratislava, and so he addressed visitors in Slovak and described several ways in which this fact influenced his life, both professional and private.

The actor playing main male character, Ismail Zagros, was also present, and he outlined how participation in such a movie can be – apart from more obvious benefits and satisfactions – also a way of helping one’s fatherland, culture, etc., and also of contributing somehow to one’s nation. Both Khalil and Zargos live in Europe (and the director cannot officially return to his hometown), and so for them, the film may have been a sort of therapy too, a way to handle the situation they have been thrown into – by political and war situations – without really having means to change it.

Such meetings and experiences enhance the impression a film can leave, and so it is a pity that they were not clearly stated in advance for each of the movies - this would have helped visitors to decide, especially in case of two good films being screened simultaneously.

Another drawback was that sometimes the planned screening had to be scrapped, or rather films swapped – due to technical defects. For the future, it would be great if these lesser failings could be removed, as this would do a lot to ease the selection for visitors and to improve their impression from the whole event.

There were also films which already impressed at other film festivals or which are expected to make it to the top internationally, like The Lion by David Garth. These type of films could possibly be released for “normal” screening, at least in film clubs, as the IFF may not have saturated the public’s hunger to see them.