Kiska: It’s time to move from concept to particular measures in school reform

Education Minister warns that meeting all goals will require higher funding than has been declared in the government statement. 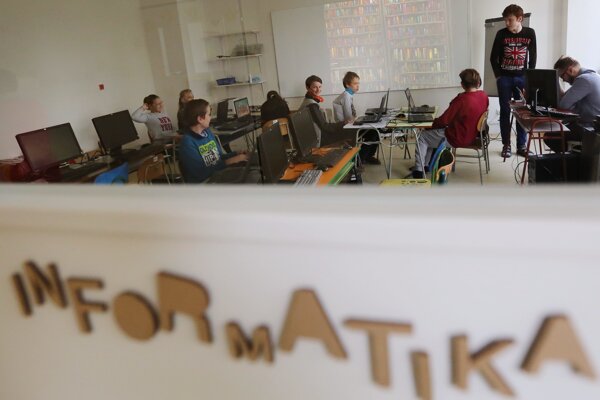 In addition to the good concepts currently being prepared, it is having the political will and sufficient funding that is important for reform in the education sector, Slovak President Andrej Kiska said following his talks with Education, Science, Research and Sports Minister Peter Plavčan (a Slovak National Party/SNS nominee) in Bratislava on November 24.

The president pointed out that Slovakia has many concepts being prepared in various fields today. However, it is Plavčan’s political responsibility to ensure that the concepts currently being elaborated do not end up forgotten somewhere. He stressed that Slovakia needs to post some achievements in this field soon.

“Eight months have already passed since the general elections, which is already one fifth of the electoral term,” said Kiska. “The time is right to actually move from concept to particular measures. I think that the first half of next year will be decisive.”

The President warned that if we fail to win support for the new bills in the upcoming period, it will be much more difficult later.

“It is possible that there will no longer be a political will for them,” warned the president.

Kiska admitted that the education sector needs more investment; however, they must also show what society will get for the money.

“Proposals we have discussed include unpopular, controversial measures,” said Kiska. “I publicly promise that I’m ready to help in gaining support for them, if I’m positive that something will actually move forward within four years.”

Plavčan informed the president that some measures will consist of minor changes, while some will be bigger and painful and that’s why teachers and other employees of the sector need to be prepared for the changes to come.

Meeting all the goals will require higher funding than that declared in the government statement, said Plavčan.

Plavčan only recently submitted the second part of the National Programme for Education Development’s targets that apply to universities, for professional discussion. The material was prepared by a working group composed of the minister’s advisors.

Following this discussion, the targets will probably be completed by the particular measures required for their achievement and submitted as a part of the National Programme for Education Development for a public discussion in early 2017.