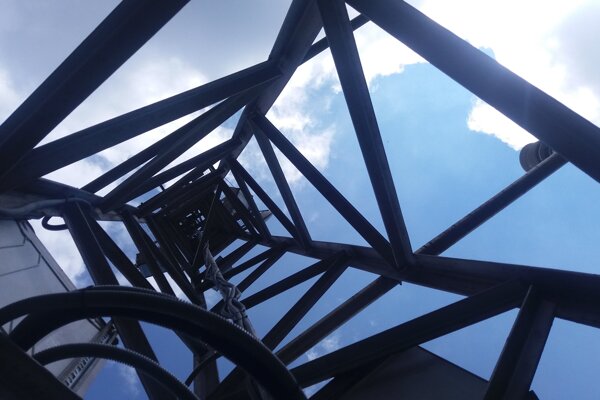 We got to the bus station. There was a long line of people wearing camouflage gear and, slightly incongruously, carrying wicker baskets. We soon discovered that they were mushroom hunters. The word had got out; the woods were full of mushrooms. We, having been walking in the forest for days, knew this to be true. There must be some kinds of mushroom grapevine. The bus was soon full of almost invisible pensioners. We could feel the slight registration on the Richter Scale as the mushrooms in the area all shook with fear.

Zlatá Idka was resplendent in its end-of-the-lineness. The sun was shining, the hoards of aged mushroom hunters disappeared with ease into the undergrowth, it was a good day. The walk was generally down with the added bonuses that the weight normally in our rucksacks, for those who carried them, was ‘weighting’ (groan) for us in Košice rather than following us; in its usual embarrassed, always lagging slightly behind type of way. 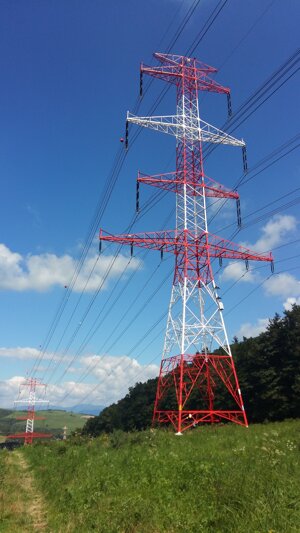 The mushrooms had apparently got the news of their impending demise and had hidden themselves somewhere safe. We hardly saw any. It is possible, I suppose, that because of the mushroom hunters the local mushrooms were just better at hiding than those we had seen in previous days.

At 10:31 precisely, we came across a cottage in the forest. So, use it or lose it, we had vyprážaný syr with all of the trimmings. There was, apparently, a tame squirrel in residence but it didn’t make an appearance. Must be us.

The first bit of non-forest was a ski resort. We sat at the top of the slope, suffering withdrawal symptoms and admired the view, ate, took artistic photos so that we could win the daily photo competition: I was already trailing miserably. The resort looked nice but there wasn’t much snow. But not many people either – so swings and roundabouts.

The route followed the road for a while. It looked new. In fact, as we descended it started to smell new. Then a bit later it started to feel new – warm. It was a nice day but not that nice. We passed a water truck. It started up just after we passed and came down the road spraying water to cool the road surface. I am not saying that he waited until we passed – just so he could spray us. But, I am just noting that we were alert to such a possibility. A coincidence, probably. So we walked in the ditch and he missed. The stampede of steam-rollers coming at us from below was the last straw and we darted back into the safety of our dear friends the trees away from the dangers of road birthing.

Down into Košice – a kofola (the references to Original – haven’t helped) a bus and a tram and a walk through the beautiful main street of Košice and a shower. 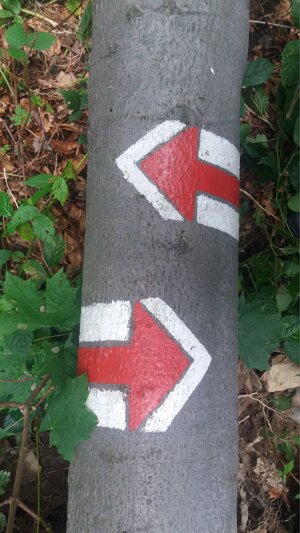 General comment:
A bus full of invisible people.
Mushrooms in hiding.
We have climbed 130 times the height of the TV tower above Bratislava.