Cuba has never threatened anyone; it only wanted to live its own life, and it was hated by many for this courage, borne by revolution leader Fidel Castro, Slovak Prime Minister Robert Fico said in reaction to Castro’s death. 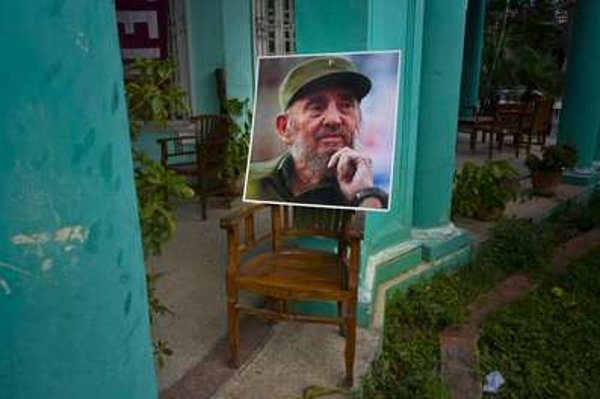 “I express my sincere condolences to Cuba,” Fico said on November 26, one day after the death of Cuban ex-leader. His statement came in the Sobotné Dialógy (Saturday Dialogues) political show of the public TV channel RTVS.

The Slovak PM expressed his condolences to Cuba “as they have lost the main representative of their courage.” He added that “if [the funeral] is organised with the attendance of foreign guests, I’ll certainly accept such an invitation”. Fico said that he wants to see Slovak-Cuban relations being “friendly, standard and mutually beneficial”, adding that he was glad about recent “signs of warming” in relations between Cuba and its biggest enemies but added that “nobody knows today what the new American establishment will bring”, the TASR newswire cited him as having said.

The legacy of former Cuban leader Fidel Castro should be evaluated by the Cuban people, Slovak President Andrej Kiska wrote on his Facebook page on Sunday.

“The rest of us can only wish to see Cuba as a happy country and a real island of freedom one day,” Kiska wrote, as quoted by TASR. The Slovak president further wrote that he visited this country 13 years ago. “The teaching salary was $9 per month at the time. Chicken meat was raised only for tourists, while only chicken necks were available for the locals. There was a concert with 30 performers and four people in the audience.”

He borrowed a car in Cuba and travelled with his wife across the country with a local guide for three weeks. “Probably nowhere have I seen so many sad people – intelligent and desiring freedom and a normal life,” wrote Kiska.

There were differing opinions of Fidel Castro at the time. “Some people were awaiting his death eagerly – there were already rumours of his poor health – and they were looking forward to seeing freedom. Others, mainly people in the countryside, were full of praise for him. They got land to work on. They might have had a house without glass windows, but they had a modern TV set in the living room. Fidel the leader had just decided to give presents to some families.”

Speaking to a senior Cuban government representative earlier this year, Kiska attempted to explain to him, with Slovakia as an example, the role of democracy and the possibility of expressing one’s opinion freely. “We all make mistakes and any reasonable person should want to see their mistakes pointed out to them by others without them being afraid that they’ll go to jail for their opinion,” president added – on November 27, i.e. almost two days after the announcement of Cuban ex-leader’s death.

Fidel Castro’s funeral is scheduled to take place on December 4 at the Santa Ifigenia cemetery in Santiago de Cuba, where almost 60 years ago Castro announced that his revolution in Cuba had won. The announcement of Fidel Castro's death was made by his brother and successor Raul on state television early on Saturday. Fidel Castro ruled Cuba for 47 years before stepping down for health reasons in 2006.