US planes train in Slovakia

The exercise of CV-22 OSPREY planes will focus on brown out and shooting. 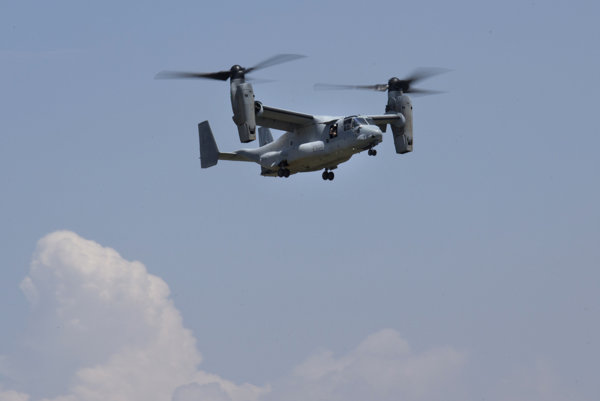 Two planes, type CV-22 Osprey of the 7th Special Operations Squadron, an active flying unit of the United States Air Force, will train in Slovakia between November 28 and December 2.

They will focus especially on the so-called brown out, i.e. an intentional or unintentional drop in voltage in an electrical power supply system, as well as shooting on ground targets in the complex of the air shooting range near Kuchyňa in the Záhorie region, the TASR newswire reported.

“The Armed Forces of Slovakia offer training spaces and basic logistics support with operators at the airport in Kuchyňa to the US,” said Defence Ministry’s spokesperson Danka Capáková, as quoted by TASR.

The CV-22 Osprey planes are an American multi-mission, tiltrotor military aircraft with both vertical takeoff and landing, and short takeoff and landing capabilities. They were used in the missions in Iraq, Afghanistan and Libya, TASR reported.