Activist complaining about arsenic in water is sued

Arsenic in the water in Orava region is 32-times the maximum level. 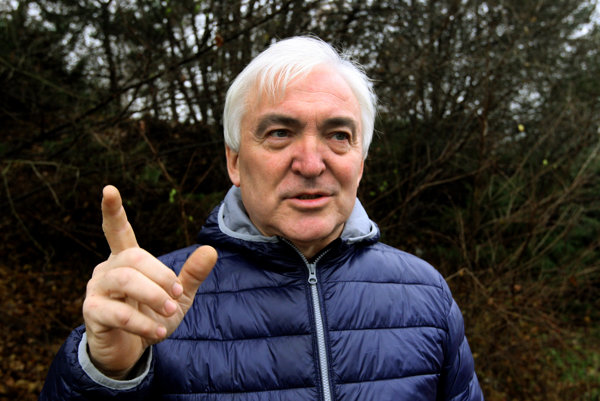 For years Ján Šimún has been monitoring arsenic leaking into the Orava River from an area with three dumps, located just one kilometre from the town of Dolný Kubín. It is an emergency situation, according to experts. After he spoke about the poisoned water at the Dolný Kubín city council in June, the company responsible for one of the three dumps sued him.

The last straw for former city council member, Šimún was the information that the Environment Ministry, instead of immediately dealing with the contamination, is now deciding whether it will allow more trash to be dumped in the area.

“How can they deal with arsenic at the place, when another layer of the municipal solid waste should be dumped there?” Šimún told The Slovak Spectator.

The OFZ Company is responsible for one of the three dumps, but is currently not using it because it no longer produces construction waste. It recorded Šimún’s speech at the city council and sued him for libel, asking for €8,000.

“It is threatening not only me but also other activists,” Šimún says. “If we back down they will be allowed to do whatever they want.”

Šimún is lying and twisting facts, according to OFZ. The company, with revenues exceeding €118 million, claims that it wants to use the money to support ecological activities in the region.

“We could not remain inactive after the last fabricated accusation which he presented at the city council,” OFY spokesperson Ľuboš Schwarzbacher told The Slovak Spectator. “We have to defend ourselves.”

Read also: Chemical time bomb in Vrakuňa still ticking Read more
You have just exceeded the number of devices allowed.
Your active subscription only allows a limited number of browsers to access locked content.
To continue reading this article on this device/browser, please edit the list of registered devices in your profile settings here:
manage devices
You can read all about device management here.