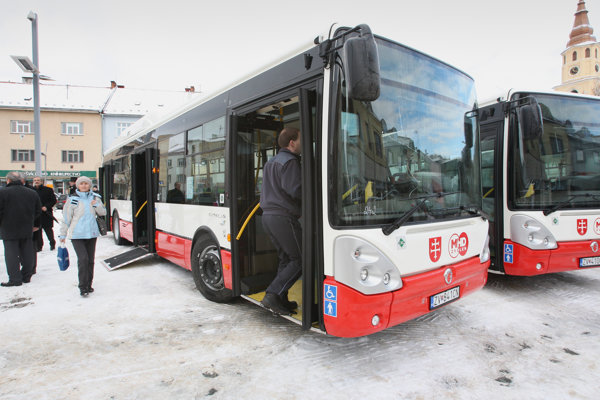 The first 15 buses using liquefied natural gas (LNG) will be operating in the town of Zvolen (Banská Bystrica Region) within the pilot European operation. The town and the local bus company will also operate one LNG fuel station, the TASR newswire reported.

The aim of the Liquefied Natural Gas as Alternative Fuel for Transport (LNGAFT) project is to use alternative fuels and define the rules for using the infrastructure for alternative fuels in the European Union to minimise the dependency on oil and mitigate the negative impact of transport on environment, TASR wrote.

The plan is that the LNGAFT project, which should last from October 2016 to December 2019, should improve the knowledge about ecological public transport and will propose measures to decarbonise public transport and make it more ecologic. It should also support the use of LNG fuel on roads across Europe, especially in Slovakia and its neighbouring countries, TASR wrote.

“I am very pleased that our town will help with implementing the new ecological fuel into practice, even on the European level,” said Zvolen Mayor Lenka Balkovičová, as quoted by TASR.

The pilot project should contribute via collected data and gained experience of the operator of LNG technology to its innovation and creation of the base for further development of this technology in Slovakia. Moreover, the results of the pilot operation will be published both in Slovakia and in the EU.

The LNGAFT project is co-financed by the European Union, which allocated €4.15 million from the Connecting Europe Facility (CEF). The coordinator of the project is European grouping Danube LNG, TASR wrote.