Slovakia submitted the candidacy already in 2003.

Foreign Affairs Minister Miroslav Lajčák is reportedly the only candidate for the post of UN General Assembly president.

“Slovakia submitted the candidacy for the UN General Assembly president, who changes on an annual basis, already in 2003,” Foreign Affairs Ministry spokesperson Peter Stano told the Aktualne.sk website, adding that the candidacy is also mentioned in the government’s manifesto.

The General Assembly will elect its new president in June, Stano said. 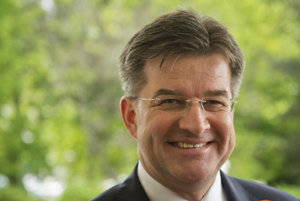 Read also:Lajčák will not be the first Slovak to lead UN Read more

The system of selecting the UN General Assembly president is different from the one of the UN secretary general. The new president is appointed when the member countries agree on the specific candidate, the website wrote.

The presidency rotates annually between the five geographic groups: African, Asian, Eastern European, Latin American and Caribbean, and Western European and other states. The post is currently held by Peter Thomson from Fiji.