Surveillance bodies and MPs to look into Hlávková's allegations

“Young people must have the decency and the self-confidence to stand up when they see that the state is failing,” President Kiska said about the whistleblower. 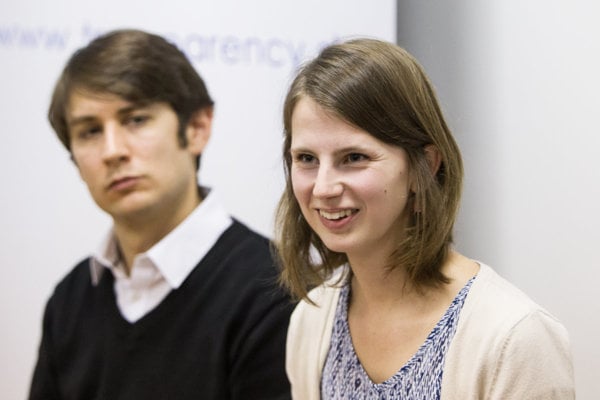 MPs, Supreme Audit Office, Public Procurement Office, prosecutor. All of them should gradually check on the Foreign Ministry in the aftermath of the allegations voiced by former ministry employee Zuzana Hlávková concerning overpriced procurements and non-transparent dealings at the ministry.

President Andrej Kiska also commented on the whistleblower's allegations, calling for them to be properly and speedily investigated.

“Young people must have the decency and the self-confidence to stand up when they see that the state is failing,” Kiska praised Hlávková.

The whole case started with a blog post by Hlávková published on the blog of Transparency International Slovensko (TIS). In it, Hlávková describes how she started at the ministry in July 2015 as an expert for cultural presentation for Slovakia’s presidency over the Council of the EU. She describes the atmosphere upon her arrival to the small team of six people as “open and free” – until the new media advisor, Zuzana Ťapáková, became active at the ministry. Hlávková writes that suddenly her department was under pressure to change the original projects, including a significant increase in costs.

MPs to check on the ministry

The parliamentary committee for foreign affairs took interest in the allegations as well and Lajčák attended its session on November 24, presenting the explanation that he previously provided to the media.

The committee continued discussing the matter on November 25, without Lajčák, who excused himself due to other duties, and sent State Secretary Korčok to represent the ministry. On that day, also Hlávková and Pavol Szalai, another former ministry employee who supported her claims, attended the committee session, together with Šípoš.

While the ministry labelled the two former staffers as merely lowest-level bureaucrats, which they both refuted in front of the commitee. Hlávková said she was given the job of an expert on cultural presentation in the position of ‘state adviser’. Szalai served as ‘main state adviser’ with the second highest salary band, the TASR newswire reported.

The committee members agreed that they would turn to the parliament’s plenum to request an audit at the Foreign Ministry by the NKÚ. The MPs also agreed to visit the ministry to carry out their own control day.

President Andrej Kiska did not take a stance on the matter until November 28, when he spoke to students at the Prešov University.

“The case of this young lady shows exactly what young people should be like, that they must have the decency and the self-confidence to stand up when they see that the state is failing,” Kiska told the students in Prešov and added that it is people like Hlávková who can help to move the country forward.

Read also: Hlávková: I wanted to do the right thing Read more

He also noted that the presumption of innocence must be respected and that the allegations against the ministry first need to be investigated.

“In the case when such an accusation comes, we should be able to tell very fast - within a week or two - whether it was a failure and who failed, and to remain neutral until the decision is made, so that we do not condemn the people immediately, but that we have the decision as early and as clear as possible,” Kiska said.

He noted that there are very many cases that remain open and the country needs to find a system to act quickly to be able to clearly tell people what is happening - “otherwise the trust in the state drops down to zero”.

Ombudswoman Jana Dubovcová, who holds one of the offices that Hlávková could turn to as a whistleblower, also complained about the breach of her rights, saying she was ashamed of the reactions of both Fico and Lajčák. 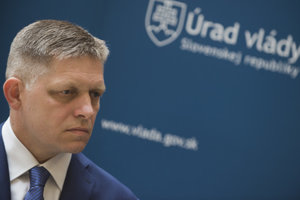 Read also: Fico to journalist: We are not on the same level Read more

“They have applied their right to control the performance of power,” Dubovcová wrote in her statement, as quoted by Sme.

Dubovcová sees Hlávková’s determination to speak out as a reaction to the ministry’s idleness after she pointed out her suspicions to its top officials while she still worked for the ministry, Sme reported.

TIS filed official motions with the Supreme Audit Office (NKÚ), the Anti-Monopoly Office (PMU), and the Public Procurement Office (ÚVO). The General Prosecutor's Office is dealing with the suspicions as well, according to Sme reports.

Lajčák claims he had Hlávková’s allegations checked following their meeting but no discrepancies have been found, he told the November 23 press conference. There was no official motion from Hlávková that would allow him to act officially, he added.

Lajčák too directly called on the NKÚ to investigate the whole case.

“It’s highly likely, based on our risk analysis so far, that the NKÚ chairman will extend next year's plan of supervisory activities to include an audit aimed at selected fields related to financing and the efficiency with which public funds were spent,” said NKÚ spokesperson Daniela Bolech Dobáková.

Hlávková told the Foreign Ministry about her suspicions in late February 2016. If NKÚ starts the investigation in 2017 it would be a year after.

“Shame! We were hoping that they would take it more seriously considering the fact that it is such a harsh attack on Slovakia’s presidency,” TIS responded to the information.

The Anti-Monopoly Office (PMÚ) confirmed on November 25 that they would look into the allegations, based on a motion filed by the ministry.

“The office asked the Foreign Affairs Ministry to submit complete documentation and information linked with the selection of the supplier,” Adriana Olsšavská from PMÚ said, as quoted by the TASR newswire.