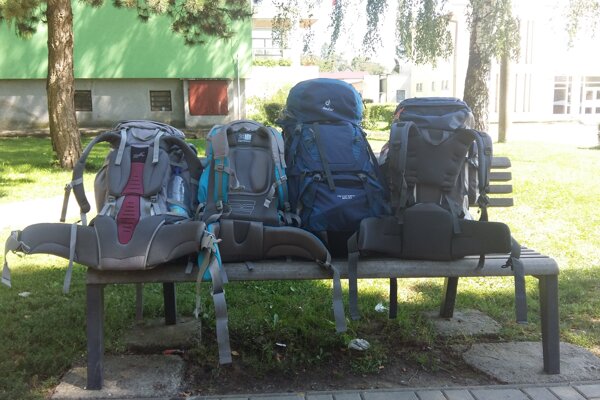 Bus back to Veľký Šariš and the brewery, THEY, the family, they, thought it too early in the day to go looking for a brewery tour. So this time I saw the brewery from the path, through my tears. The words Piss Up In a Brewery ringing in my ears. I don’t actually even know if they do tours – but I can dream.

The lack of forest continued. I think they prefer the wilds of (the - depending on your age) Ukraine. There were some beautiful meadows worthy of, but sadly lacking, alpine backdrops. We found a praying mantis, an invader so a pest, but a beautiful one. We eventually caught it and it obligingly posed for pictures. We don’t know which species it was – there are over 2,400 you know (Wikipedia). 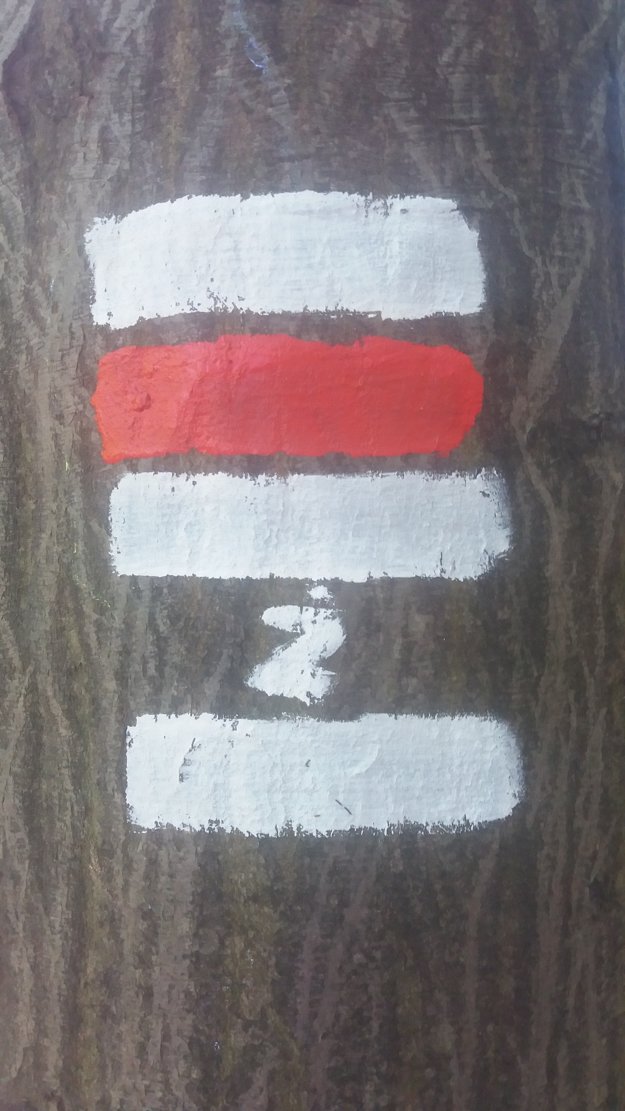 – see photo, it will be better.

Ž is the for Žltý – Yellow ,for the wider audience.

We climbed through the forest towards Chata Čergov. Not really knowing what to expect, a full blown hotel type thing or a wooded hut, with a naked Dutchman. Our research tends to be lacking in detail. The cottage, when we got there was big and empty; we drank (we have temporarily given up on mentioning the K drink. No sponsorship deal. Maybe we should drink Redbull. I feel the wings sprouting already.), showered and ate. Then played pool, on the baldest pool table I have ever seen. It wasn’t exactly level either with ball all collecting, for protection, on one side of the table. But it was the same for everyone and we were all crap. But judging by the results of the game, I was, without any doubt - the crappest.

General comment:
A quite unexpected view.
Cottage closed for repairs. Luckily from tomorrow.
We have climbed 0.5% of the distance Centre of the Earth (radius – 6,371km). The Earth is really really flat when you think of it this way.