Slovak women often face gender discrimination in professional life; one of them did not succumb and turned to the courts due to lay-off after maternity leave. The UN came to her defence. 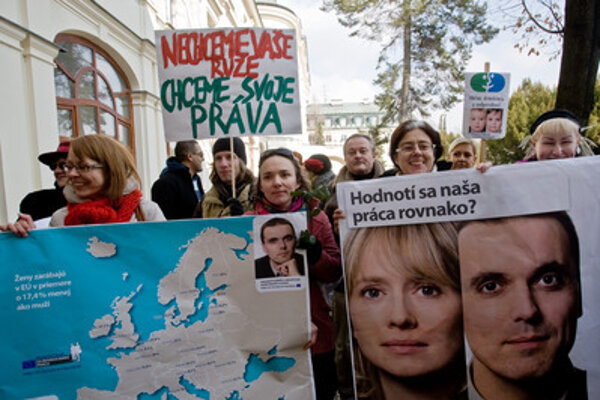 The UN Committee on the Elimination of Discrimination against Women acknowledged that the Slovak woman was discriminated against when she was laid off, it also reproached Slovakia for not securing sufficient court protection for her and recommended that the government financially compensate her. In this case which was pointed out by the Centre for Civic and Human Rights, the woman who worked as an editor in the National Biography Institute of the Slovak national Library in Martin was forced to take several weeks off, to which she was allegedly entitled when returning back to work after maternity and parental leave of seven years in total, the Aktuality.sk website wrote.

However, during these weeks, the employer cancelled her job and gave her notice, allegedly because of economic and austerity reasons. Her boss argued she had protection behind her and she had just finished her maternity leave and had young children who would be ill a lot.

Some time later, a pensioner with lower qualifications was hired for a job with the same workload as hers.

Slovak courts saw no discrimination; despite all the facts pointed out. They argued she did not prove the discrimination she complained about. After trying all domestic steps, the woman filed an individual complaint in February 2013 with the UN Committee on the Elimination of Discrimination against Women, noting that Slovakia violated its internaitonal pledges and legal obligations when failing to secure her effective protection against gender discrimination. By the end of November, the UN committee accepted her complaint and decided that Slovakia breached the International Convention on Elimination on Women Discrimination; it recommended that the Slovak government compensate the woman for lost earnings caused by her illegal dismissal.

With its decision, the UN committee hinted that protection against discrimination is a mere theory in Slovakia, according to lawyer Vanda Durbáková.

Now it is up to the Slovak cabinet to compensate the woman, in compliance with the UN recommendation, Aktuality.sk wrote.