The so-called Mečiar’s amnesties, preventing the prosecution of any crime connected with the abduction of the son of then president Michal Kováč, should have already been scrapped. 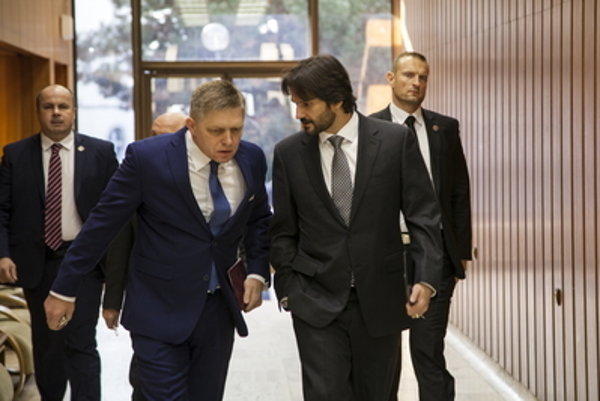 Instead, the cabinet recommended that parliament adopts a declaration on the controversial amnesties issued by erstwhile prime minister Vladimír Mečiar when he was acting president in 1998, at its November 30 session, the TASR newswire wrote.

The wording of the declaration draft was submitted by Prime Minister Robert Fico, and the whole move was initiated by opposition MP Ján Budaj (OĽaNO-NOVA).

Slovak society has for a long time been concerned about the failure to bring clarity and impose punishments for the kidnapping of Michal Kováč Junior on August 31, 1995, reads the declaration. The administration of justice was hindered by the amnesties granted by the head of the ruling party, HZDS, Vladimír Mečiar, who also held some presidential powers at the time. [The Slovak Intelligence Service (SIS) is suspected of involvement in the kidnapping.]

Parliament should state in the declaration – to be passed on December 6 – that it condemns the kidnapping of a Slovak citizen and that this was not only a gross interference in human rights and fundamental freedoms but also an act that damaged Slovakia’s reputation. Parliament is condemning the amnesties issued by the then prime minister that have prevented the offenders from being identified and punished, states the declaration.

President Andrej Kiska asked MPs on November 21st for a matter-of-fact and accommodating discussion about the possibility of scrapping these amnesties.

As the proposal concerns a constitutional law, the support of at least 90 out of the 150 lawmakers in parliament is needed.

The now non-parliamentary Christian-Democratic Movement (KDH) has sought the abolition of Mečiar’s amnesties for years. It had support from the opposition but lacked backing from the governing Smer party for its proposal. Fico had earlier stated that the amnesties are amoral but they cannot be scrapped legally. “Everyone with a law-school education knows this,” he added.

He also said that Smer is willing to support their moral condemnation through a declaration, however.

Ján Budaj, on the other hand, deems it a mere alibi on the part of MPs so that they can say they wash their hands over the abduction of Michal Kováč Jr. He believes that it is Smer that stands in the way of abolishing the amnesties. Fico and his MPs connect to all those perpetrators who are posthumous children of the communist regime. “They all claim that justice cannot be executed, although investigators say they had the testimonies of witnesses and those charged,” Budaj said, as quoted by SITA. He does see the declaration as another milestone in this issue, protracted for 20 years. He also added that it may serve as an alternative for those coalition MPs whose guilty conscience starts to push even harder. Budaj summed up that Slovakia cannot be called a country with the rule of law unless Mečiar’s amnesties are cancelled.