Not all anti-terrorist measures carried out in 2016, due to finances 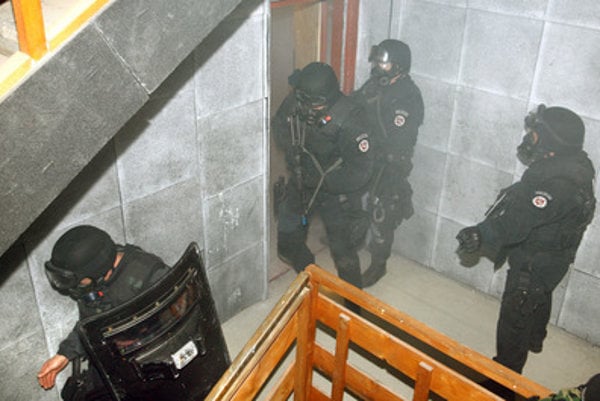 The army was supposed to have 800 professional soldiers ready for the potential needs of the Police Corps as part of the measures, the TASR newswire cited the proposal. In order to comply with the plan, the Slovak Armed Forces planned to recruit 500 additional soldiers this year and 300 in 2017.

However, the army expects to recruit only 636 individuals this year – of whom 538 were enlisted for the needs of the military – due to the lack of €1.334 million in the Defence Ministry budget.

A new ISTAR (Intelligence, Surveillance, Target Acquisition and Reconnaissance) battalion will be involved in anti-terrorist operations. Currently undergoing training and preparations, the battalion will be ready for action at the end of 2017. Technical equipment for surveillance and reconnaissance work was supposed to be procured by the end of 2016, but this deadline has not been met due to the lack of finances. The ministry plans to procure the technical equipment and start training specialists within the next two years.

Several analysts pointed out when the anti-terrorist measures were approved that the whole proposal had been elaborated in a time stress, without analyses and sufficient financial covering, head of the Slovak Security Policy Institute, Jaroslav Nagy, told the SITA newswire. Moreover, some of the proposed measures were reasonable and useful, while some only partially, he added. Their primary goal was political marketing before the general election, Nagy stressed, adding that the Slovak Armed Forces are continuously prepared for potential tasks they may face in anti-terrorist operations, be it at home or abroad.

The amount of finances to be allocated for Defence Ministry for 2017 is €990 million, an increase of €109 million (12.4 percent) against this year - €881 million, the Finance Ministry informed SITA. Thus, all preconditions for potentially allocating these resources also for the tasks stemming from government resolution have been met, the ministry argues.