Analysts identified several external risks that may affect financial goals, and commented that expenditures in health care will once again be insufficient. 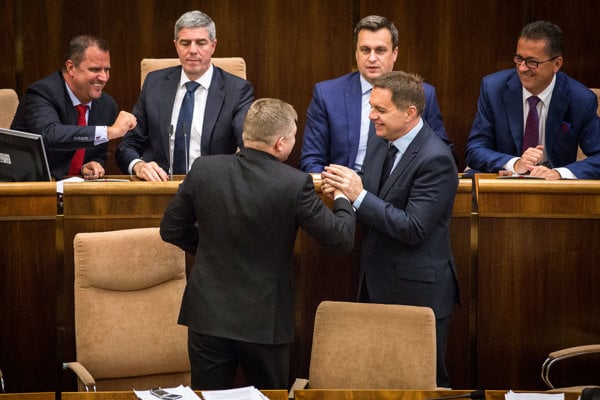 Encouraged by a rosy official economic forecast for the next few years, parliament voted – after just three days of discussion – to adopt the main spending bill of the year, the general government budget for next three years and the state budget for 2017. Slovakia’s fiscal plans are built on forecast economic growth exceeding 3 percent.

Finance Minister Peter Kažimír believes 2017 will be a good year for Slovakia and its citizens.

“It will be a year when people will be able to find job, when wages will grow and prices will be stable,” said Kažimír after 82 out of the 143 MPs present voted on November 29 to approve the budget.

Prime Minister Robert Fico describes the education sector as the winner of the budget; it will get €300 million more in 2017 than this year. Teachers’ salaries will go up by 6 percent in September 2017, following a similar increase last September. However, the budget for the education sector also includes the allocation for sport, which would almost double, rising by €43.6 million to almost €95 million. 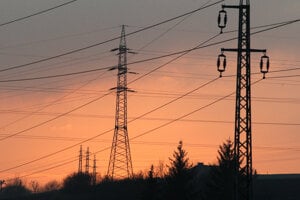 Analysts identified several external risks that may affect financial goals, and commented that expenditures in health care will once again be insufficient.

“Of the external risks I consider as the most significant the uncertainty stemming from negotiations about Brexit, as well as the results of the presidential election in the US,” said Ľudovít Ódor, member of the Council for Budgetary Responsibility, as cited by the Sme daily.

Among the domestic risks he listed insufficient expenditure on health care and by self-governing regions, and exaggerated revenues from dividends.

While the general government budget is projected, after two years of delay, to finally swing into a positive balance of 0.16 percent of GDP in 2019, analysts and economists perceive the budget as unambitious in terms of consolidation of the public finances. They would also like to see more thrifty budgetary behaviour, arguing that current high growth is unlikely to last forever.

“The biggest weak point of the [adopted] budget is that it does not uses good times for a faster heading towards a balanced budget,” said Ódor. “The economy is generating more tax revenue than planned; but everything is ending up as budgetary expenditure. Moreover, the government is adopting additional measures to allow it to spend more.”

Fico, however, does not regard the goal of a balanced budget as so important, and Kažimír says he would like to see the debt brake loosened to allow the state to borrow more money, for example, to complete highways once EU funds for Slovakia decline.

“I consider 2019 to be the year when we can achieve a balanced budget, but this is not a mantra,” said Fico, as quoted by the SITA newswire, adding that a balanced budget is not something for which one should pray. “Normal countries have budget deficits,” he asserted.

In 2017, total state budget revenues are projected to be €15.4 billion, and expenditures €17.4 billion. The deficit should thus be €2 billion.

The state budget is based on a forecast that the Slovak economy will grow by 3.5 percent in 2017. The Finance Ministry expects the negative impact of Brexit to be compensated by better export productivity in Slovakia. Investment activity should be supported by construction in the automotive industry, as well as renewed growth in public investment. Employment should continue its fast growth of 1.5 percent, creating 34,000 new positions. The unemployment rate should decrease to a historical low of 8.5 percent, and should continue decreasing during the following years. The growth in nominal wages should accelerate to 3.5 percent, equivalent to a €32 rise in the average wage to €940, according to the budget.

Among individual ministries, all except the Health Ministry, will receive more money next year than in 2016. The Health Ministry will see its income fall from €1.371 billion, compared with €1.49 billion projected for 2016. On the other hand, the Health Ministry is one of the three ministries in which the ‘Best of All Possible Worlds – Value for Money in Slovak Public Policies’ initiative put forth by the deceased economist Martin Filko was applied. Under this process, expenditures on transport, health care and information technology were revised. In the case of the Health Ministry, this is supposed to bring savings of €200 million.

When evaluating the application of main ideas of the Value for Money concept, Ódor sees the health care as the most successful, but in general he has mixed feelings.

“I assess health care relatively positively, where concrete measures are also proposed,” said Ódor as cited by Sme. He added that the revision of expenditures in the IT sector is second, while what has been done so far in the transport sector shows how it should be not done. “The [elaborated] report does not bring any concrete goals. They do not even know what value they want to bring for taxpayers’ money.”

“It is the same song each year,” said Ódor. “Each year we warn that expenditures in health care are insufficient and the reality has shown that we are right.”

The Council for Budgetary Responsibility estimates budgetary risks in health care at €236 million for 2017.

Back in 2011, parliament adopted a law on fiscal responsibility that set limit for the general government debt: the so-called debt brake. The aim is, through sanctions and a correction mechanism, to prevent an increase in Slovakia’s debt to critical levels. The law stipulates five sanction bands, according to debt level (ranging from 50 to 60 percent of GDP), with individual sanctions. If debt reaches the highest sanction band of 60 percent of GDP, the government should ask the parliament for a vote of confidence. If it rises to between 50 and 53 percent, the Finance Ministry should submit to parliament a written justification for the debt amount, including measures proposed for debt reduction.

Sanctions related to debt between 50 percent and 60 percent remain in force until fiscal year 2017. From year 2018 to 2027 the limits decrease by 1 percentage points yearly, until they reach 40 percent of GDP, the website of the Council for Budgetary Responsibility, states.

Kažimír is now appealing to the opposition to amend the debt brake, in order to obtain funds to replace the drying up of EU funds that currently finance large infrastructure projects. To change it, the ruling coalition will need the support of the opposition, as the debt brake was adopted as a constitutional law.

Kažimír has indicated that he would like to discuss this with the Freedom and Solidarity (SaS) party. SaS representatives are not inclined to support such a change for now, but in the case of what they call ‘sensible’ projects they might consider giving their support, the Pravda daily wrote.