Authorities accused László Szigeti of the fraud in the autumn of 2013. 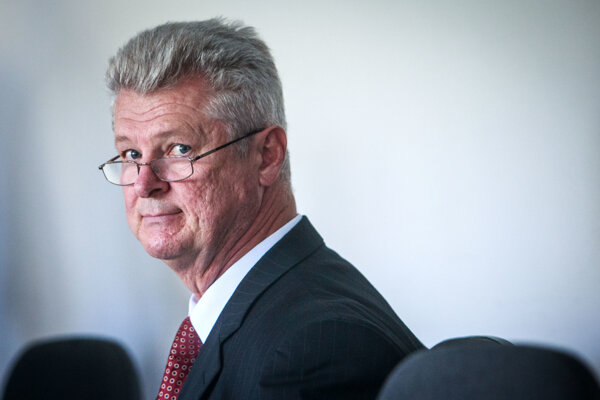 On December 1, the Bratislava III District Court acquitted the former education minister, László Szigeti, who was accused of subsidy fraud in the village of Zemianská Olča (Nitra Region) in 2006, the TASR newswire reported.

Though the court examined extensive evidence in the case, the judgement is not yet final. The prosecutor again filed a complaint which moves the case to the Regional Court of Bratislava.

In terms of the judgement, the district court concluded that although the crime happened, Szigeti did not commit it and had no knowledge of the subsidy being used in any way other than to reconstruct the school gym in Zemianská Olča as was originally intended, TASR wrote.

The priorities of the ministry, their financing and efficiency control fall under the responsibilities of the general directors of individual sections, according to the court.

“The minister approves matters that the general directors submit to him and they are responsible for propriety,” said the chair of the court senate, as quoted by the Sme daily.

The authorities accused the former education minister of the subsidy fraud in the autumn of 2013. The police claimed that Szigeti granted a subsidy of more than €116,000 to Zemianská Olča near Komárno during his five-month-long leadership of the ministry in 2006 despite the knowledge that the application for the subsidy to repair school gym did not meet the formal requirements and was not properly registered at the ministry. The village finally used the subsidy for reconstruction of a privately-owned hall.

The ex-mayor of the village was also prosecuted in the case, but he died in January 2015. While Szigeti has pointed out that the cause is only the result of an administrative error by the ministry, in October 2014 the court dismissed one of the indictments against the ex-minister, Sme wrote.

“The creation of the evidence violated the fundamental rights of the accused to a fair defence,” said the court senate chair.

The prosecutor has filed a complaint against the decision of the regional court, and the new session of the district court has agreed to hear the case against the ex-minister, Sme reported.