After several big investments in the west of Slovakia, the biggest investment of the past decade is coming to east of Slovakia: the Japanese company Minebea will create at least 1,100 jobs there. 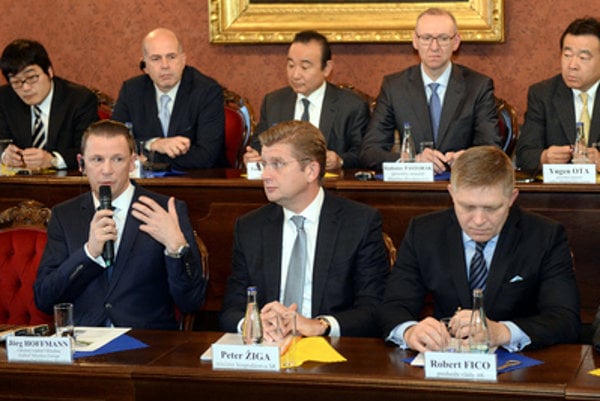 The Japanese automotive industry supplier Minebea will start building its plant next year; while the production shall start in two years, the Pravda daily wrote on December 3. If it fares well, the initial investment may increase from €60 to €100 million and the company could employ up to 2,000 people.

Economy Minister Peter Žiga stated that Slovakia was competing with several countries for the investment. “We were with Romania in the final round,” he told the TASR newswire. “Although the labour force is cheaper in Romania, Minebea has decided to invest in Kosice,” the minister said, adding that the plant should be opened in 2018.

The Japanese investor will be able to find enough skilled people in the area, Košice Mayor Richard Raši said. “The city and region of Košice aren’t particularly cheap, but we’ve been able to provide the best mix of an educated labour force [and its price], courtesy of the Technical University of Košice,” Raši noted.

His words were confirmed by the Minebea Slovakia CEO and Minebea Europe chief manager Joerg Hoffmann: “Slovakia might not be the cheapest environment for new investments, but we’ve decided not to go only for price,” he said, as quoted by TASR. “Of course, the style of production will be different here than in Asia. We’ll really focus on creating as high of production optimisation as possible in Europe. We’ll need many engineers and technicians to help us to achieve this goal, so we’ve realised that the work price shouldn’t be the most significant factor to be considered.”

“We’ll focus on two sectors in Košice – the production of accumulators, engines, fans and LCD screen illumination for the car industry, and the production of one-way drive engines,” said Hoffmann, adding that a research and development centre will be set up later.

“I’m happy to announce that in recent days we’ve made several significant steps to ensure that Kosice becomes the home for another international company,” said Prime Minister Robert Fico, adding that Minebea has around 60,000 employees worldwide. “It’s a company involved mainly in producing supplies for the car and aviation industries,” he said. “A workplace for research and development should be set up there, a fact that provides significantly higher added value to this investment,” Fico pointed out. He also admitted that the investor will ask for state investment stimuli but at the moment it is allegedly too early to talk about a specific amount.

The construction work on the new plant at the industrial park near Košice Airport should begin in April 2017, TASR wrote.