A raid revealed drugs worth about €23,000 in four towns, with 12 people being detained. 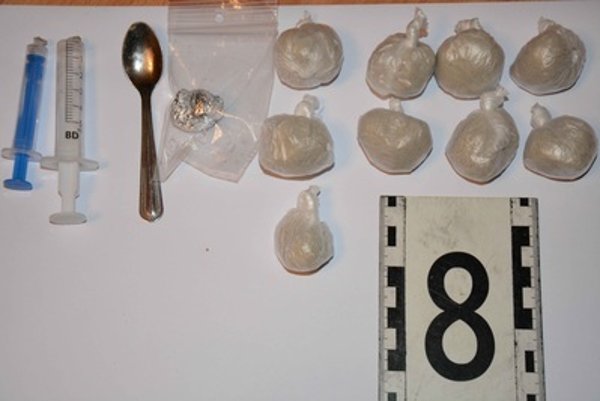 In an especially grave case, police officers of the National Criminal Agency (NAKA) seized a huge amount of drugs in a raid involving three towns/villages and Bratislava, while also charging seven people.

If convicted, the suspects face sentences of 10 to 15 years in prison, the Sme daily wrote on December 2, as they are charged with the especially grave crime related to drugs. The seized drugs – cocaine and methamphetamine, according to preliminary expertise – in amount of more than 3,000 doses are worth about €23,000, Police Presidium spokesperson Denisa Baloghová informed. Police, together with special police units, made raids on November 29 in Bratislava, in the town of Dunajská Streda, and in the villages of Veľké Blahovo, and Vydrany. In total,12 people were detained and seven people aged 33 to 43 years were charged and brought to pre-trial custody. Three guns and ammunition in illegal possession were seized as well.