Museums and historical buildings can sometimes hide surprising findings, such as the discovery of a collection of old prints during the 1960s renovation of a mansion in Svätý Anton. 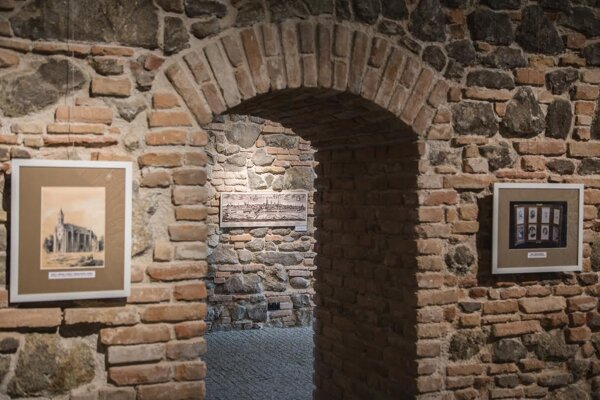 Prints-engravings, dating back to 1719-1765 and found during the renovation of the Koháry-Coburg family palace in Svätý Anton (St. Anthony), show panoramic vistas – called vedutas or vedute in Italian – of great European cities, plus Constantinople and Jerusalem. The palace is now a museum.

The engravings were designed and crafted by several people, mostly by Friedrich Bernhard Werner, military engineer and topographer of Silesian origin, and published in German Augusburg by Jeremias Wolff, and after his death by his son-in-law Johann Friedrich, as well as by a Georg Balthasar Probst, the organisers of the exhibition related.

In the mansion’s inventory there is a document from 1792 mentioning 126 vedutas but only 78 pieces have been found and restored by Boris Kvasnica. Of these, 30 – representing important cities of those times, e.g. Brussels or Pressburg, i.e. current Bratislava (veduta dates back to 1732 and was made by Werner) – were selected.

“We made the selection of the 30 prints out of 78 with my colleague Mária Ďurianová, considering the quality of the vedutas restored (not all of them could have been restored so that the contours of cities are clear),” head of the Museum in Sv. Anton, Marian Číž, informed the Slovak Spectator. He added that they also wanted the artwork to be preferably from current European countries (i.e. 15 current countries on 30 vedutas).

The head of the museum also admitted that nothing is known about the fate of the other 48 vedutas that are missing from the original number. They were all acquired by Earl Mikuláš (Nicolas) Koháry in 1792 and were meant to decorate the palace and show the family’s links – already then established – to the outside world.

The Koháry-Coburgs were passionate travellers and explorers, according to period documents and evidence; and this hobby also can be felt behind a curious historical link connecting Slovakia and Brazil.

“In the 19th century, two members of that family married – in a span of a quarter of century – the daughters of two Brazilian Emperors, Dom Pedro I. and Dom Pedro II.,” Susan Kleebank, Ambassador of Brazil to Slovakia, explained for The Slovak Spectator.

In 1789, two Coburg brothers made extensive research trips to Brazil, mainly researching fauna and flora – exotic birds, like toucan and parrots, and bromeliads – and brought many items back to Sv. Anton.

As for how she met Číž and how the idea of presenting the vedutas to the world came, the ambassador said: “The idea of the exhibition was born during a visit I paid to the Sv. Anton Museum last April, in order to open a joint exhibition about birds, in which the Brazilian Embassy provided information and images about Brazilian birds. Then, I was informed about the vedutas collection; and having seeing it, I realised they are a real treasure from an artistic, historical and architectural point of view.”

The cooperation began when she met the Director of the Museum during the Slovakiatour fair in January 2016, the ambassador noted, adding that Číž informed her that he would organise the exhibition about birds, and she offered help by providing images and texts about Brazilian birds.

Furthermore, Číž helped contact two local schools that usually develop projects together with the Museum: that of Ferdinand Coburg and that of Maximillian Hell. Their students participated in two drawing contests organised by the Embassy, about the Olympic Games Rio 2016 and about Brazilian and Slovak birds. Last October the Embassy organised awarding ceremonies in both schools, with the ambassador attending in person. “I could appreciate nice presentations by the kids about Brazil and their activities,” Kleebank said. “In this overall context, the third cooperation project so far was the exhibition of the Secret Prints.” 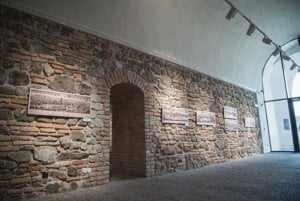 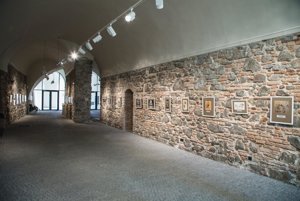 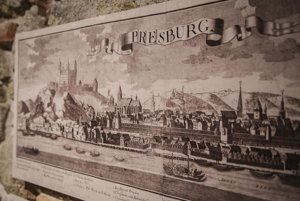 First, the copies of vedutas travelled to Brazil, to be presented during the Summer Olympics 2016 in Rio. Later, in autumn, they were shown for one week in the Carlton Hotel in Bratislava.

Later on, the prints are slated to move on to the Hotel Elizabeth in Trenčín, (January 1-20, 2017), and to the Dvorana Exhibition Hall of the Ministry of Culture in Bratislava, (January 23-February 23).

“After that, we are preparing presentations in Košice, Spišská Nová Ves, Vienna and Geneva,” the Brazilian ambassador said.

The prints were done from sketches engraved on copper plates, then re-printed on hand-made paper. These specific ones – apart from their aesthetic and artistic value – also show the 18th century cities and period urban planning. The exhibited ones are copies; the originals are kept in the Museum of Sv. Anton.