Sky Park will provide 780 apartments, offices and a public park. 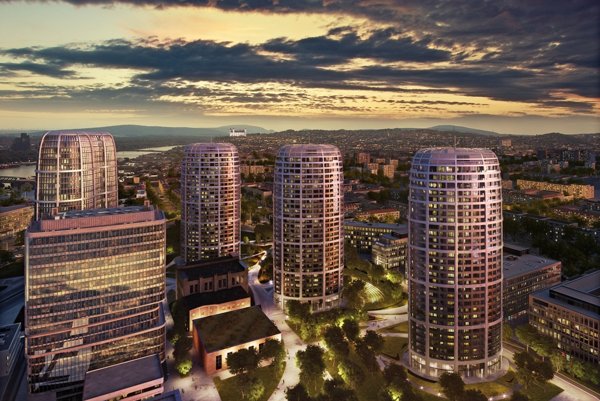 Sky Park, the project of prominent British architect Zaha Hadid in Bratislava is closer to realisation. After the investor, the financial group Penta Investments, obtained construction permission for all three residential towers, it launched the sale of apartments on December 5.

“The preliminary interest in Sky Park has amazed us,” said Jozef Šimek, head of sales at Penta, adding that during the last few weeks more than 3,000 people have showed an interest in buying an apartment at Sky Park via the project website. Its target group is Slovaks from the upper middle class. 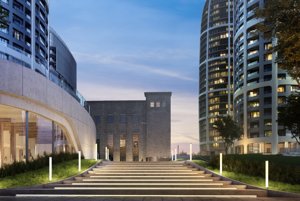 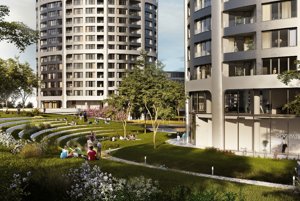 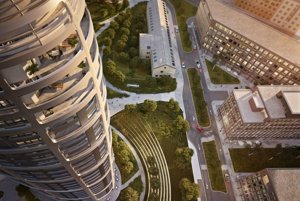 While the final composition of the apartments may change, depending on the interest of potential clients, the high share of two-room apartments is a response by Penta to the high demand for such apartments in Bratislava.

The price might change too. Miroslav Hrušovský, senior development manager in Penta, specified that if the high interest in the project is confirmed by booking and real sale of apartments, the prices might increase in one-digit percents.

The investor will build more than 1,100 parking places in the project. The retail area is projected at 2,100 square metres while in total there should be 55,000 square metres of offices in two of the towers.

The idea for Sky Park, originally known as Čulenova, is to build towers in order that the build area is as small as possible. This will enable the investor to construct a public park more than 35,000 square metres in area.

The investor will not hand down maintenance for the park to the city but will appoint a company to be responsible for its care. As Hrušovský specified, the park would be open 24 hours a day and would house cafés, a kindergarten, playgrounds, sport zones, an outdoor fitness centre, a running track and an off-leash dog park.

For now Penta is holding negotiations about its future usage including a whole range of functions from commercial to exclusively cultural ones. As Hrušovský specified they are actually open to cooperation with anybody while their plan is that the facility serves its new function by the time the residential towers are complete. He estimates that they will know for what purposes the turbine hall would be used within six months.

What will be next

Penta plans to launch construction of the residential towers as well as one office tower within the upcoming weeks. In total it plans to invest €130 million into the first phase of this 300-million project. The towers should be complete in late 2019. The investor still has not obtained building permission for the second office building.