The opposition party wants to summon a special session of the parliamentary committee.

Electricity utility Slovenské Elektrárne (SE) has rented out the third turbine at the Nováky thermal power plant (Trenčín Region), which should have been out of service since January 2016, to the coal-mining company Upper Nitra Mines Prievidza (HBP).

The opposition Freedom and Solidarity (SaS) party criticises the step, saying that the block lacks permission to operate, the TASR newswire reported.

SaS representatives said at a briefing in Bratislava on December 5 that the third turbine has been running without a permit and that it should have been decommissioned due to its inability to meet emission limits. 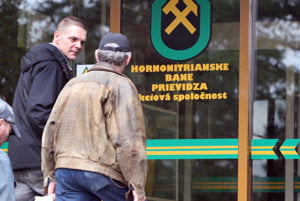 SaS MP Jana Kiššová, as the parliamentary economic affairs committee chair, plans to call an extraordinary session of the committee to be held on December 8.

“We’ll ask Environment Minister László Solymos and Economy Minister Peter Žiga about related matters – that is, who, if at all, permitted the operation of this turbine and what could happen to SE for potentially violating the law and emission limits,” Kiššová added, as quoted by TASR.

Head of the Slovak Environmental Inspectorate (SIŽP) Zdeněk Gregor meanwhile said that the testing operation of the third block started on November 7 and should last by the end of this year. SE announced the intention to test the operation by the environmental inspectorate in Banská Bystrica and the district authority in Prievidza already on November 27, he added.

The results should serve as a basis for selecting the technology and subsequent financial analysis of the potential reconstruction of the combustion unit. To test and develop the production processes and goods it is not necessary to ask for permission according to the law on integrated prevention and control of environmental pollution, Gregor added.

Permission is needed only if the operator decides to reconstruct the boiler and use it as an alternative combustion unit, he stressed.