MPs will no longer be able to use banners or make videos in the parliament as the deputies adopted the amendment to the law on rules of procedure on December 6, overriding the veto of President Andrej Kiska.

The changes were initiated by Speaker of Parliament Andrej Danko during the summer. Despite the continuous criticism of the opposition that the coalition wants to use the amendment to silence them so they will not be able to point to scandals, altogether 79 MPs supported the change. 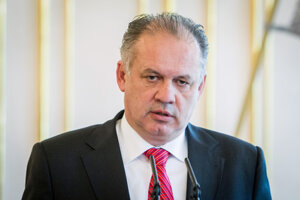 While under the new rules the speeches of politicians during discussions in the parliament will be limited to 20 minutes, the speech of the president, the prime minister and the speaker of parliament will be unlimited. Moreover, one MP will be allowed to speak only twice during a debate.

The new rules also prohibit bringing food into the parliamentary hall, order the MPs to wear certain clothes in the hall, and allow the chair of the session to banish MPs from the hall for their behaviour.

The opposition however considers the changes inappropriate and useless, SITA reported.