The opposition considers the law a wasted opportunity to change the current state. 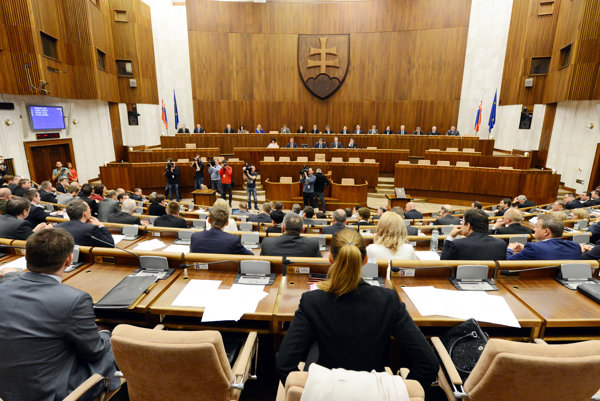 The new law on state service, backed by 78 MPs on December 6, should depoliticise the state administration, but the opposition claims the effect will be the opposite.

The legislation authored by the Government Office should replace the law from 2009 which has been amended 21 times, but failed to remove serious flaws, the TASR newswire reported.

The new rules will come into force in the middle of 2017.

To improve state administration, the law proposes to create the State Service Council which should serve as an independent, coordination and monitoring body. Its main task will be to protect the principles on which the state service is build and monitor whether state employees observe the code of ethics.

The new principles should define rules for recruiting new employees and secure the stability of employment relations, career growth, evaluation of employee work and rewards. The number of principles was increased from six to nine and were described in more detail.

The Government Office also wants to secure higher transparency of selection procedures through their standardisation. The law defines the possibilities to access information about the selection process, as well as the rules for establishing the selection committee and appointment of its members.

Under the new rules, state employees will also undergo regular evaluations. The law introduces principles of their education and proposes to establish a mentor who should contribute to a higher quality of education. Moreover, the termination notices should be checked, while there should also be a unified approach in case of disciplinary responsibility of state employees. Also the rules for delivering written materials should be unified.

The opposition Ordinary People and Independent Personalities (OĽaNO-NOVA) criticises the new law, however, saying it only pretends to depoliticise the state administration. The party has submitted several amending proposals to the parliament to rectify the mistakes, but parliament rejected them, TASR wrote.

“We feel sorry that the government has wasted a big opportunity to fundamentally change the state administration and turn it into a modern, professional service which will first of all serve the citizens and not political interests of ministers and politicians,” said Veronika Remišová of OĽaNO-NOVA, as quoted by TASR.