Speaker of Parliament Andrej Danko brings rules and order to the House sessions, and as part of this responsibility he has initiated proceedings against MPs Igor Matovič (opposition OĽaNO/NOVA), Milan Mazurek and Stanislav Mizík (both far-right Kotleba-ĽSNS). 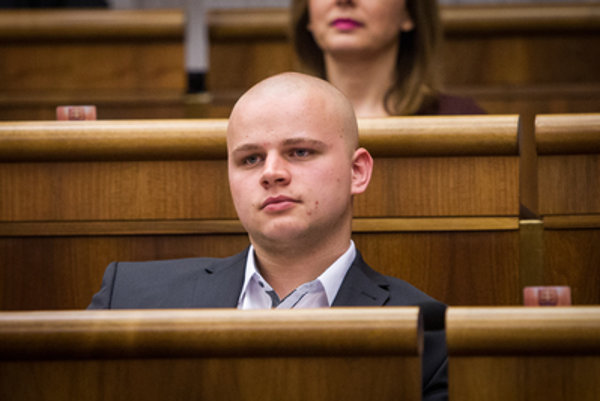 All three MP's should apologise to parliament for their allegedly racist statements, according to a resolution passed by the parliamentary Mandate and Immunity Committee on December 7.

The committee has initiated disciplinary proceedings against them based on the complaint lodged by Danko (of the coalition Slovak National party-SNS). Committee chair Richard Raši (ruling Smer party) claimed, as cited by the TASR newswire, that the lawmakers in question should apologise at the first parliamentary session of 2017. If they do not comply, the committee might fine them up to €1,000. The MPs actually had the opportunity to issue their apologies at the committee session earlier in the day, yet all of them refused to do so.

Matovič stressed that he had already apologised to parliament during his statements, in which he likened the situation faced by opposition MPs in the Smer-controlled parliament to the one faced by Jews in the WW2 concentration camps. “Slovak Jews don’t feel offended by the statement, only some consider it to be inappropriate,” Matovič said, as quoted by TASR. “I, however, have already extended my apologies to the House. Only a sick mind would want me to offer additional apologies for something I have already apologised for.” He does not perceive the disciplinary proceeding of the Mandate Committee against him as fair and just. 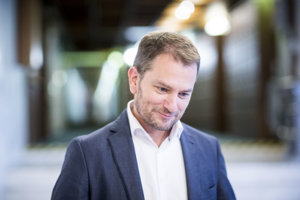 “Every one of us is entitled to a fair trial,” Matovič opined. “How can I receive a fair trial, however, when the jury is dominated by my political opponents?”

He discussed his statement with the Jewish Religious Communities Central Association chair Igor Rintel, and was told that there is nothing anti-Semitic in his statement, although it was rather unfortunate, the OĽaNO chair stressed.

In October, Matovič complained about what he sees as the “totalitarian approach of parliamentary chair Andrej Danko against the opposition minority”. He told the parliament, as cited by TASR: “It’s the same thing as if they had decided in a concentration camp: let’s have a football match between the Jews and the guards but then the guards say: We’re the guards, though, so the head of our concentration camp will be the referee. It’s exactly the same kind of perversity. We as opposition lawmakers get the short end of the stick. Just like Jews in a concentration camp. Forgive me for this comparison, but I didn’t think I could make you understand otherwise. In the same way that the only right enjoyed by Jews in a concentration camp was to breathe air, the only right enjoyed by us as the opposition in this parliament is to speak. We control nothing else. And yet you’re going to take this single right away from us.” Matovič delivered the speech in the debate on the new Rules of Procedure, which introduce time limits on MPs’ speeches as well as several other restrictions.

Far-right MPs will not bow

Far-right MPs Mazurek and Mizík stand by their statements. They claimed, for instance, that there is an apartheid regime in Israel and that the Jewish state also sanctions state terrorism.

“If they refuse to apologise, the committee will sit one more time and it can decide on a fine of up to €1,000,” Raši said, as quoted by the aktuality.sk website. “They could have apologised already today before the committee, but they did not use this opportunity.” Raši opined that it is almost certain that they will not apologise, as they clearly stated this for the committee. “We stand firm behind our statements, they were absolutely appropriate,” said Mizík who at the October session called !Islam the Satanic-paedophile work of the devil”.

Mazurek called Islam “a cruel, disgusting and inhuman political system”. When asked whether they would apologise, Mazurek answered aktuality.sk to wait up and let themselves be surprised. It seems that ĽSNS will happily pay the fine.

Matovič, for his part, does not believe this is just, the website wrote; and he does not consider the disciplinary proceeding a fair trial. He did not say, however, whether he would apologise, or not.