Bus driver got six years for accident with four fatalities

The verdict was given in the case of a bus accident from June 2014 which cost the lives of four secondary school students. 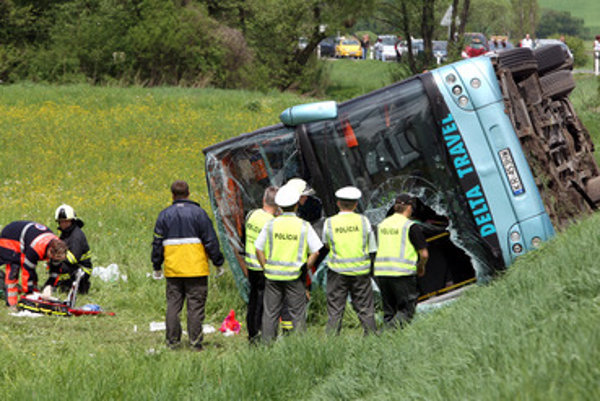 The verdict, given at the Trnava District Court on December 7, is not effective yet, as both the prosecutor and the defendant’s lawyer appealed it, the SITA newswire wrote.

The driver, identified as Milan H., crashed a bus full of students from Trnava's Sports Secondary School of Jozef Herda on the return trip to the Orava Museum at the D1 highway between Piešťany and Trnava and was sentenced to six years in prison, SITA cited the nasatrnava.sme.sk website.

Milan H. faced up to ten years, for misdemeanour of public threat; due to the charge, he failed to pay due attention to driving and this led to the tragedy. The bus drove off the highway and turned on its right side, while four female students aged 17 and 18 got crushed in the right rear part of the bus.

The driver refused the charge already at the first court session, arguing that according to expertise the cause of the accident was sudden loss of consciousness or micro-sleep without previous warning signs. He had not drunk before, had observed the safety breaks during the drive and did not exceed the speed limit on highway, driving at 97 kilometres an hour when the bus crashed.