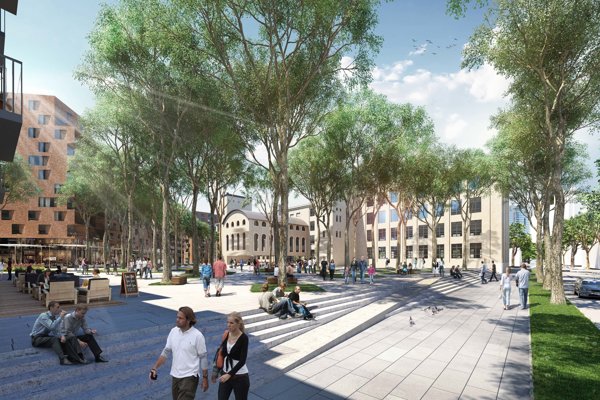 The project by the Compass studio for the former Bratislava Thread Factory (Cvernovka). (Source: Courtesy of Compass)
Font size:A-|A+

Architects from the Bratislava-based studio Compass will design a new residential project to be built on the premises of the former Bratislava Thread Factory, better known among city residents as Cvernovka. An expert jury chose Compass in late November, following a competition. All the proposed projects were unveiled on December 1. The winning architects propose to build three blocks of apartments on the site of the old factory. Their plan also includes a new public square in front of the Pradiareň (spinning mill) building, which is a protected cultural monument.

“The most important feature of this design is that it combines very well tradition and the new part of Cvernovka,” said Milan Murcko, general director of the Finnish-Slovak company YIT Slovakia, which bought the four-hectare plot last November. “There is a beautiful entrance space into the whole premises, along with the Pradiareň.”

Compass architects also propose to keep another of the industrial buildings, despite it not being a protected cultural monument – the so-called Silocentrála, an engine house. In the past its engines kept the whole spinning mill in motion. Now it could be used for cultural or other purposes.