Kaliňák remains in his post amid dropping preferences of the party, even though his alleged involvement in the Bašternák case is one of the causes for the fall. 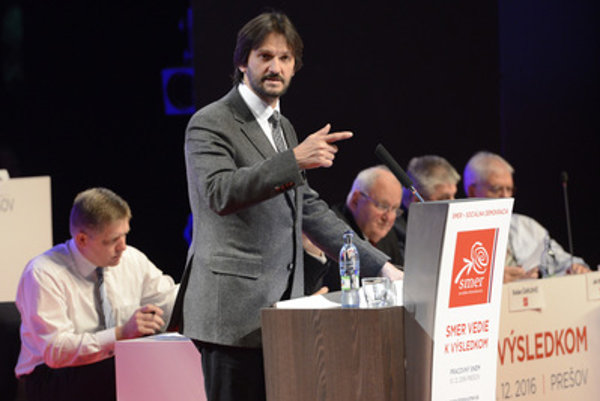 Smer will put an end to political correctness and will call things by their right names, aloud. That was one of the main messages of the 50-minute speech that Prime Minister Robert Fico gave to his Smer party’s congress in Nitra on December 10, just before the delegates re-elected him the chairman of the ruling party.

Fico, who is the only chairman the party has ever had, did not have a challenger in the vote on Saturday. While his re-election was expected, there had been questions about the position of Interior Minister Robert Kaliňák, who has been facing allegations in the scandal that has become known as the Bašternák case over the past months.

Doubts about whether Kaliňák should remain in the party leadership under the circumstances had been voiced even from within the party, for instance by its co-founder and MEP Monika Flašíková Beňová, but Kaliňák was safely re-elected vice-chair of the party in Nitra with 318 out of 417 delegate votes. 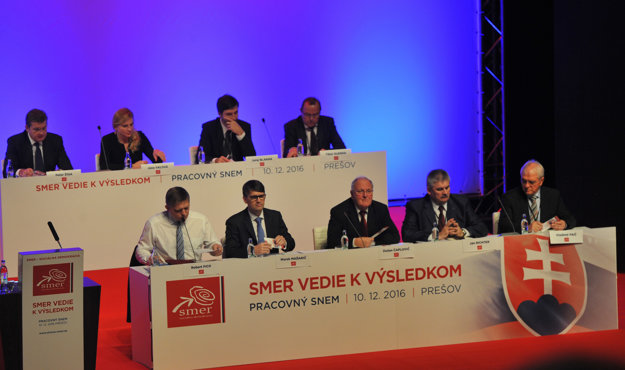 The party has launched work on its new programme and the main pillars were presented at the congress: the minimum wage is to reach €500 by 2019, for instance.

Attack on Roma and media

In his speech, Fico spoke up against what he called political correctness and continued his negative rhetoric against the media.

“The media are not accurate regarding us, so there is no reason for us not to be much more resolute in explaining about what is going on in the media,” Fico said in his speech as quoted by the Sme daily. He went on to blame the media and centre-right parties for the presence of extremists in parliament.

Fico also paid attention to Roma settlements and noted that the government shall put more stress on them to “put things in order”. He said he was willing to go into conflict with the Ombudswoman Jana Dubovcová over the issue if necessary. “Enough with tolerance,” Fico said.

Interior Minister Kaliňák later also mentioned the settlements and said that the number of police officers assigned there will be increased.

Culture Minister Maďarič, who was assigned to oversee the creation of the party’s new programme, and who has ran several of Smer’s campaigns, denies that this should be a reaction to the rise of extremists, Sme reported.

Fico warned the members of his party from dealing with abstract human-right topics or creating exclusive conditions for refugees. Smer needs to take care of its voters first, and only then look at topics that others are imposing on them, Sme reported him as saying.

Meanwhile, Smer’s preferences have recorded a steep fall over the past months. In the most recent poll of the Focus polling agency the party that in 2012 won the parliamentary election with over 40 percent of the vote now only polls slightly more than 23 percent.

The Bašternák case is believed to be one of the factors behind the fall. Almost two thirds of the respondents believe Kaliňák should step down over the case, including 20 percent of Smer voters, based on the poll Focus conducted exclusively for the Sme daily.

The case also bothers President Andrej Kiska. "In my opinion, things will not move as long as we have a satisfied minister and a dissatisfied public," he stated on RTVS' talk show 'O 5 minut 12' (Five Minutes to Twelve) on Sunday.

If the ruling Smer wants to stop a decline in voter support it has to make a crucial decision, thinks sociologist Martin Slosiarik of Focus.

The Focus survey also shows that Smer voters do not see a clear successor of Robert Fico. If the rumours that Fico might quit after Slovakia wraps up its EU presidency by the end of this year prove true, 33 percent of Smer supporters would want to see the current Foreign Minister Miroslav Lajčák in his place, followed by Kaliňák with 23 percent and Peter Pellegrini with 11 percent, according to the poll. 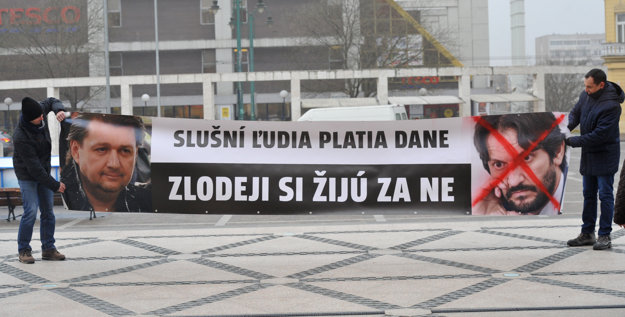