First of resumed IC trains travel from Bratislava to Košice

Less than a year after being scrapped, the InterCity (IC) train service has been resumed on the route between Bratislava and Košice. 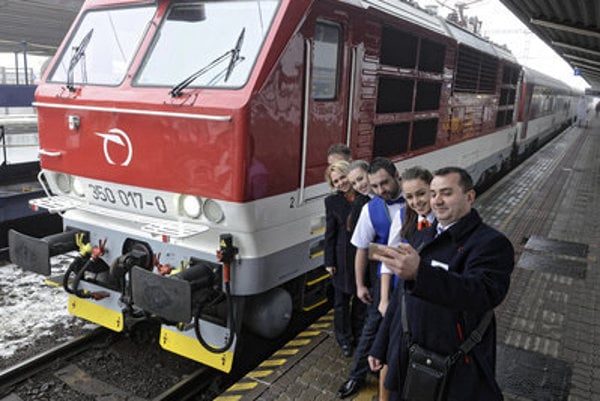 The first IC train between Bratislava and Košice was dispatched from the Slovak capital at 9:47 on Sunday, December 11, 2016.

“It will be the fastest and the most comfortable connection between the two cities,” Filip Hlubocký, the general director of state-run passenger carrier Železničná Spoločnosť Slovensko (ZSSK), told a news conference held at the Bratislava Main Station at the service’s resumption. He added that they should make the route in 4 hours and 42 minutes.

The first IC trains have sold up to 70 percent of their capacity, Hlubocký said, as quoted by the TASR newswire.

ZSSK trains in general are in high demand, with almost all the trains being already sold out 13 days before Christmas. Therefore, the carrier will add some extra carriages in its trains, which also applies to IC trains. “This is something that gives us hope and a confirmation of the fact that the decision to resume the IC train service was right,” Hlubocký said.

“It’s not a new project; however, we want it to be viable,” Transport Minister Árpád Érsek (Most-Híd) stated. “We must be faster, cleaner and more comfortable, and then people will come and use these trains.”

“Scrapping the IC train service was a rash step,” said Speaker of Parliament Andrej Danko (Slovak National Party/SNS). He believes that Slovakia deserves such a connection between Bratislava and Košice. His party criticised the scrapping of the IC trains from the very beginning and applied pressure to re-introduce them. “This is the first small step towards ZSSK making much bigger investments. An investment framework for renewing the ZSSK fleet has already been promised now,” Danko added, as cited by TASR.

Two pairs of IC trains will operate on the Bratislava-Košice route on a daily basis. Trains in both directions will stop at stations in Trnava, Žilina, Poprad and Kysak. They should cover the distance between the Slovak capital and the “metropolis of the east”, i.e. Košice, in 4 hours and 42 minutes. ZSSK believes that IC trains should make a profit as early as in the first year of operation. 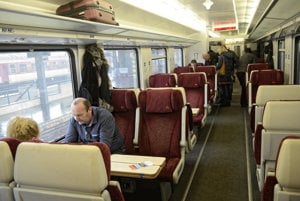 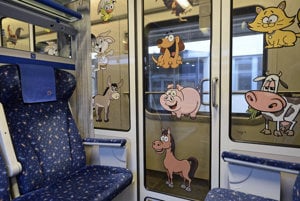 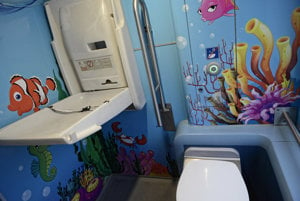 “Concerning economic results, we expect the product as such to get into the black in three to four years,” said Hlubocký. The speed of IC trains – due to only a few stops on the way – should be the main competitive advantage against the trains of the private RegioJet trains on the same route, the Sme daily wrote. RegioJet has different prices of tickets, depending on the day and the hour – in short, varying with the demand of passengers.

The IC train service in Slovakia was scrapped in January based on a decision made by then transport minister Ján Počiatek. The reason given was that the trains were losing money.