In September 2016, Slovakia increased its number of active members in the peacekeeping mission on Cyprus from 159 to 169. 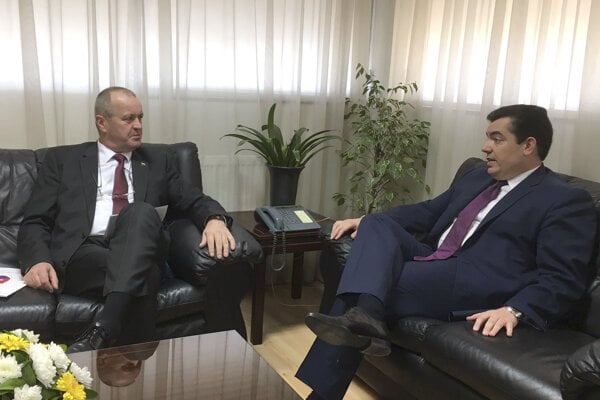 Slovak Defence Minister, Peter Gajdoš (a Slovak National Party/SNS nominee) has been negotiating with his Cypriot counterpart, Christoforos Fokaidis, on the operation of Slovak troops in the United Nations Peacekeeping Force in Cyprus (UNFICYP) and deepening bilateral cooperation, the TASR newswire reported.

“We have an interest in the further development of bilateral cooperation in the field of security as well as in the area of the European Union,” said Gajdoš, as quoted by TASR.

During the meeting in Nicosia on Monday December 12, which was held as part of an official delegation by Slovak Parliamentary Speaker Andrej Danko (SNS nominee), Gajdoš offered the National Guard of Cyprus the opportunity to use the special units training centre in Lešť (Banská Bystrica Region) and the CBRN Training and Testing Centre in Zemianské Kostoľany (Trenčín Region) which is unique in Central Europe with its focus on chemical agent testing.

Fokaidis thanked Slovakia for its continued support in solving the Cypriot issue, mainly for the promotion of dialogue between the leaders of the political parties from both the Greek and Turkish communities. He also expressed the gratitude of the Cypriot Government for the valuable contribution of the Slovak contingent in the United Nations peacekeeping forces on the island.

“We also want to congratulate Slovakia on a successful presidency of the Council of the European Union in this difficult period for Europe,” said Fokaidis, as cited by TASR.

In addition, both ministers exchanged views on remaining issues such as migration, terrorism and extremism and talked about possibilities for cooperation in the defence industry. 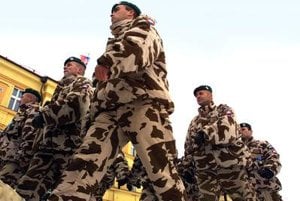 The aim of the UNFICYP mission is to prevent the recurrence of fighting between Cypriot Greeks and Cypriot Turks, ensure compliance with the ceasefire between the conflicting parties and contribute to the restoration and maintenance of law and order on the island. Slovakia deployed its troops to the mission for first time in May 2001 and currently leads Sector 4 in Famagusta, which includes Serbian and Hungarian squads. In September 2016, Slovakia increased the number of active members in the mission from 159 to 169, TASR wrote.