With much of Europe in a funk, Austrian voters’ choice of a civilized candidate for president on December 4 gives some grounds for hope, at the end of what has been a wretched year. 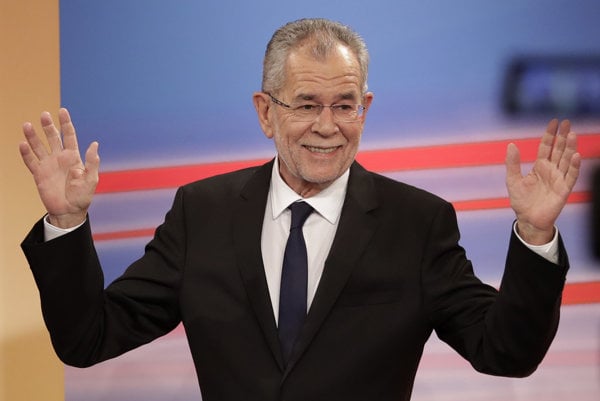 It is not often I say this, but thank goodness for Austria!

They took their time, but our western neighbours have finally delivered the goods, conclusively rejecting an ethno-nationalist hardliner and electing a rational candidate, Alexander Van der Bellen, as their president on December 4.

Could this mark a turning point, an echo of the defeat of the Ottoman army at the gates of Vienna in 1683?

As before, the political floodwaters have partly submerged Bulgaria, Moldova and Hungary. Turkey is lashing out at perceived enemies within and without.

Despite impressive sorties by its cavalry into the heart of Brussels, the main Polish force is caught in the fever swamps of central European nationalism, and this time shows no sign of coming to the rescue.

The Lithuanians are even more seriously diverted, with US president-elect Donald Trump’s blundering ignorance (not to mention his burgeoning bromance with Vladimir Putin) representing an existential threat to their homeland and those of the other Baltic peoples.

While the Austrians hold firm, beyond the Alps Italy and France are wobbling, seemingly in the grip of barely coherent anti-establishment insurgencies. Britain seems unable to locate its own belly button, let alone examine it.

Heaven knows what’s going on in the Balkans, but it doesn’t look pretty, with murky reports of foreign-led assassination plots against at least two national leaders.

Meanwhile, Slovakia’s deficit is falling, employment is rising and the economy is predicted to grow strongly next year. And hateful rhetoric is all the rage.

What on earth is going on?

Theories that seek to explain the foul mood in Europe (and in America) as a reaction to free trade, globalization and immigration are appealing, but seem to rely rather too much on reason – the very thing that their subjects appear to disdain.

In fact, we are a lot less rational than we like to believe.

As Rebecca West wrote of 1930s Europe, in the epilogue to Black Lamb and Grey Falcon, her magisterial account of pre-war Yugoslavia:

“… human beings are not reasonable, and do not to any decisive degree prefer the agreeable to the disagreeable. Only part of us is sane: only part of us loves pleasure and the longer day of happiness, wants to live to our nineties and die in peace, in a house that we built. The other half of us is nearly mad. It prefers the disagreeable to the agreeable, loves pain and its darker night despair, and wants to die in a catastrophe that will set back life to its beginnings and leave nothing of our life save its blackened foundations.”

No one would have been more surprised than West to observe the Austrians now wielding the fire extinguisher.

Whatever it is, let us hope that 2016 was a nadir of sorts. Happy New Year!