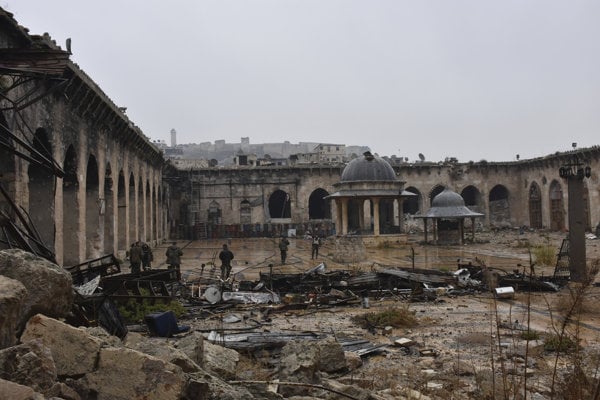 Slovakia will send humanitarian aid to the city of Aleppo in Syria on December 14. Most of it will comprise of medical devices for anaesthetists, devices necessary for mechanical ventilation, and monitors for assessment of the vital functions of patients.

Another part of the aid, allocated from the Interior Ministry’s reserves, is made up of sleeping bags, towels, blankets and beds for hospitals and amounts to more than €27,000, the SITA newswire reported.

In addition, part of the aid will be provided by the non-governmental organisation Magna – Children in Need, which will also secure its delivery.

The total value of the humanitarian aid for Syria amounts to more than €127,000, SITA wrote.

At the moment, the situation in Aleppo is uncertain, said MAGNA operational director Denisa Augustínová. People do not have access to drinking water, food and medical aid.

“Inside the city we have reports of at least 700 seriously injured people who need immediate medical assistance,” said Augistínová, as quoted by a press release, adding that so far, the promised evacuation of local inhabitants has not yet started.

The planned evacuation is based on moving around 50,000 injured people to six hospitals, of which three are earmarked for Slovak aid, the press release reported.

The humanitarian convoy with the material for three hospitals, Bab Al Hawa, Aleppo Agrabat Hospital and Atareb Hospital, leaves at 8:30 from the logistics base of the Interior Ministry situated in Bratislava’s Vajnory district.

The situation in Syria was a dominant topic discussed at the meeting of EU foreign ministers in Brussels on December 12.

“The European Union sees its task particularly as a political player and together we stress the need for a negotiated solution,” said Slovak Foreign Affairs Minister Miroslav Lajčák, as quoted by SITA.

Another task is humanitarian aid and the effort to deliver it to the places where it is needed, he added.

MAGNA opened a mission in Syria after the closure of the Balkan Route in April 2016. The mission tries to improve access to health care through mobile and static health stations and provides training and support for medical staff.

In addition, the organisation has launched a collection called ‘Help Aleppo’ to which Slovaks can contribute to the urgent medical care needed by the war victims via short-text messages to the number 836, which cost €5. The service is provided by all Slovak mobile operators.

Donations can also be made directly to the organisation’s bank account using IBAN: SK5811000000002943004292, SWIFT code: TATR SK BX or by online contribution at www.magna.sk, the press release stated.