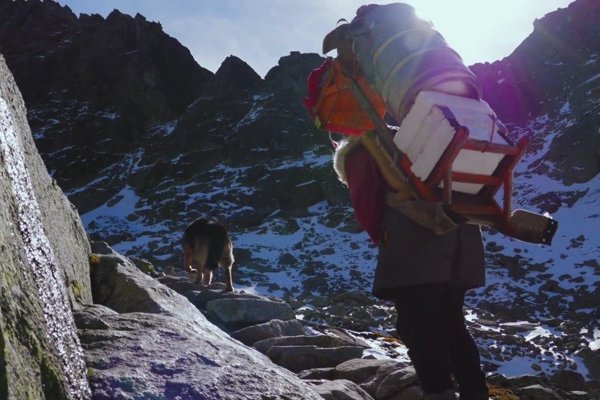 The documentary film Sloboda pod nákladom (Freedom Under Burdens) tells the story of the old generation of mountain porters in the Tatras. Filmed by Pavol Barabáš, it was awarded at the International Festival of Mountain Movies Bansko Film Fest in Bulgaria.

According to the jury the film is an “extraordinary portrait of porters in the High Tatras and their unusual craft. The documentary brings an important message about knowing the mountains from very unassuming people.“

The aim of the Bulgarian festival Bansko Film Fest is to present a wide scale of mountains from all around the world. Mountains are not just natural playgrounds for adrenaline sportsmen but also sources of inspiration and joy. Every year the festival brings many movie projections, presentations, and workshops with attendance by world-known personalities from mountain climbing and extreme sports.

The documentary Sloboda pod nákladom had its premiere in September of this year and belongs among the most-visited movies distributed by Slovak Film Club Associations this year.