Four touristic circuits designated for Nordic walkers from four to 12.6 kilometres have been added up in Spiš and Slovenský raj surroundings. 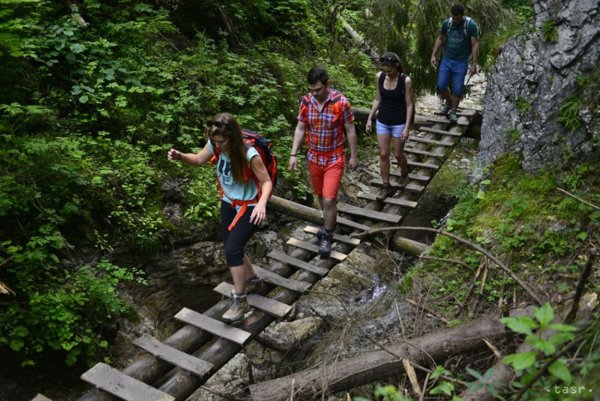 “Tourists can do Nordic walking individually or with a guide in a group,” explained the director of district organization for the Tourist Industry for Slovenský raj and Spiš, Ivana Hrebenárová, for the TASR newswire.

During the winter, tourists can also cross-country ski, downhill ski or ice-climb. Another interesting experience, according to Hrebenárová, is also crossing the breach of Hornád, one of the longest and best-known canyons in Slovakia.

“In favourable conditions it is possible to cross it by feet, cross-country skis or ice-skates,” Hrebenárová added.

During the winter season, buses for hikers, skiers or cross-country skiers will be running from the villages and towns of Čingov, Smižany, and Spišská Nová Ves in the direction of Grajnár, Hnilčík, and ski resort Mraznica to Mlynky, Biele Vody and back.

“Bus service will start on 26 December and end approximately at the end of March 2017, relative to snow conditions,” summed up Hrebenárová.