Thanks to its base of donors, the NGO collects and distributes some €400,000 every month. 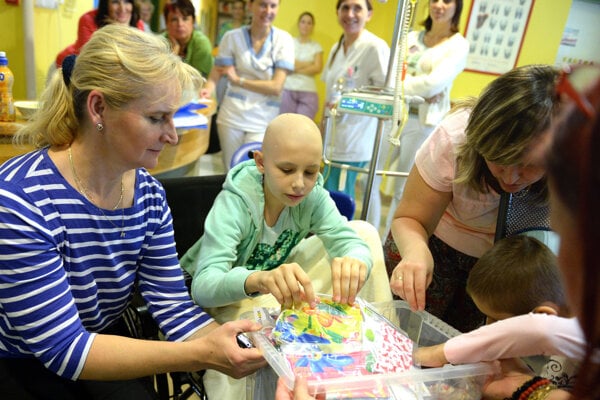 Families with seriously ill children have received €34 million from the non-governmental organisation Dobrý Anjel (Good Angel) during the past 10 years of its operation.

The money has been given by 180,846 donors and it then has been distributed among 7,393 families in which a member has either cancer or another serious illness, causing the family to struggle with financial problems, the SITA newswire reported.

Thanks to its base of donors, the NGO collects and distributes some €400,000 every month, said Ján Dobák, executive director of Good Angel, as reported by SITA.

The organisation sent the first contributions to 16 families on October 2, 2006 and it now helps about 3,000 families every month, each receiving about €130.

Currently, 1,485 oncologists and paediatricians from across Slovakia cooperate with the organisation’s programme and help to find those who are in need of assistance.

“When we prepared it with my partner 10 years ago, we did not even think of this becoming such a great project,” said President Andrej Kiska, who co-founded the organisation in 2006 with Igor Brossmann, in early October, as quoted by SITA.

Kiska thanked all of the donors for believing in the value of the project.

The Good Angel system is based on three pillars, Dobák said. Each family receives regular aid every month; each donor sees via his or her angel account who received the contribution and when; and the receivers receive every single cent. The operation of the organisation is financed by its partners.