The amendment may not fulfil the expectations of its authors. 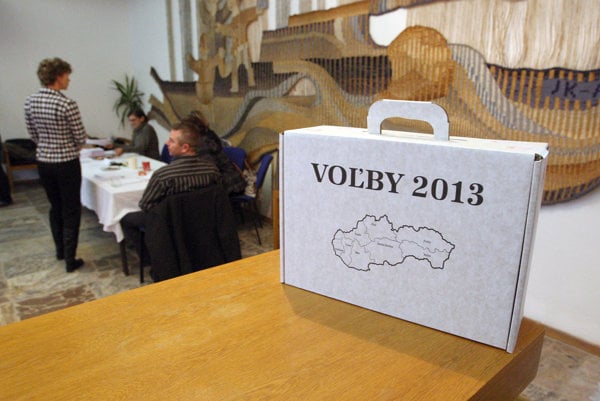 The 2017 regional elections may be the last to feature two rounds of voting. (Source: SME)
Font size:A-|A+

Back in November 2013, Slovakia woke up to a morning surprise when far-right extremist Marian Kotleba beat his Smer-nominated opponent Vladimír Maňka in the run-off for the governor’s post in Banská Bystrica Region.

A similar situation might be repeated in the future if the parliament adopts an amendment concerning regional elections that, among other things, seeks to change the voting from two rounds to just one, as some analysts warn that this may help extremists to win more regional governor seats.

While the coalition politicians talk mostly about saving money on the second round, some observers also see other reasons behind the proposal.

“I assume that behind this initiative and unusually strong political will to change the election rules is the effort to prevent the creation of unpredictable anti-coalition alliances for the second round,” sociologist Oľga Gyárfášová told The Slovak Spectator.

Additionally, Political analyst Erik Láštic from Comenius University in Bratislava calls the proposed changes “political”, explaining the current ruling coalition probably expects it will maintain its current posts or even increase their number.

“Yet the expectations of the parties do not have to become reality,” Láštic told The Slovak Spectator, adding that “regarding the traditionally low turnout, even an unexpected candidate supported by disciplined voters can win”.