The rage, the disappointment and the fear linger. How are we to cope with them in the new year? 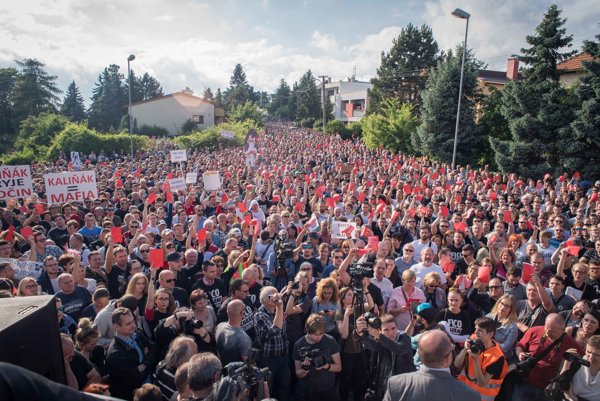 When future historians of Slovakia look back at this year, they are likely to highlight the rage and the disappointment that various groups in Slovak society have expressed on various levels. (Source: SITA)
Font size:A-|A+0

Back in January, when The Slovak Spectator predicted the events that were likely to unfold in 2016, we did not forecast the election of the far-right to parliament.

Yet the continued rise of extremism has become the political issue of the past year (and, needless to say, not only in Slovakia) – even more so than the correctly predicted fall in support for Smer, which entered 2016 as the sole ruling party and ended the year with its support in opinion polls at almost half the level it enjoyed in 2012.

In the context of the political changes that 2016 brought to the UK, the US and the atmosphere in Slovakia’s neighbouring states and beyond, the ever-stronger applause for the extreme right and for the array of anti-system cranks trying their luck in politics is hardly surprising, but still worrying.

When future historians of Slovakia look back at this year, they are likely to highlight the rage and the disappointment that various groups in Slovak society have expressed on various levels.