2016 brings celebrations of two significant anniversaries for the public-service broadcaster. 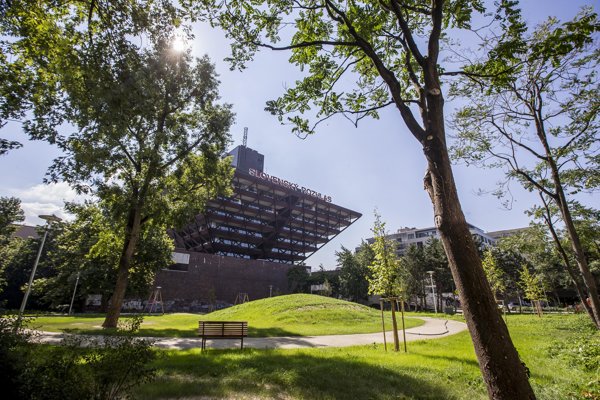 A view of Bratislava Castle with a description “Experimental television broadcasting of Bratislava studio” accompanied the first Slovak telecast, which was launched to mark the 30th jubilee of Slovak radio on November 3, 1956. For a long time afterwards, public-service radio and television were the only option available for residents in the then Czechoslovakia. Private radio and TV stations did not appear until 1990, when the first private radio station, the Slovak version of Fun Radio, starting broadcasting. The first commercial telecast started five years later with the VTV channel and in 1996 the private TV broadcaster Markíza emerged. The latter is still among the strongest players on the market.

The public-service broadcaster that emerged after Slovak Radio and Slovak Television were merged in 2011, has been celebrating its double anniversary since the beginning of 2016, Dominika Šulková, manager of marketing and public communication of RTVS, told The Slovak Spectator. The celebrations culminated with two gala evenings held in mid-November. Both events highlighted the important historical milestones of RTVS.

The cooperation between the two institutions, now merged into one, is apparent mostly in the news service.

“This clear penetration may be observed not only in the framework of big projects such as election broadcasts or sports coverage but also when creating news stories during ordinary days,” Šulková said.

For the first time in years, RTVS’s main news TV programme was evaluated as the most objective on the Slovak market, based on a survey by Median SK between July and September 2016, in which 24 percent of respondents preferred RTVS. It was the first time since 2010 that Markíza TV did not lead in the perceived objectivity ranking, this time ending up with 23.8 percent.