After fighting for the British RAF, General Imrich Gablech was an unwanted person in his home country. 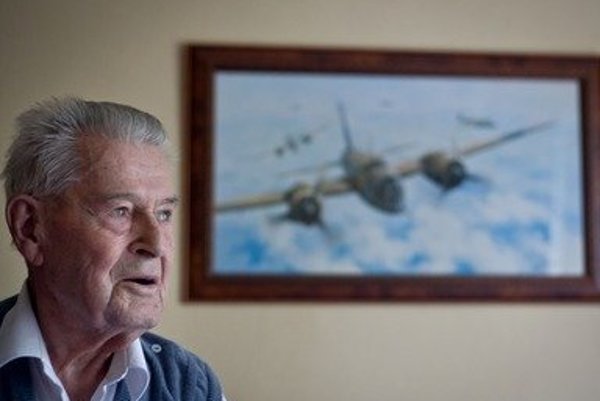 One of the last pilots who served in the British RAF during World War II, General Imrich Gablech, recently passed away. He was 101 years old at the time of his death, Czech Defence Minister Martin Stropnický informed on December 16.

“A hero passed away,” Slovak president Andrej Kiska reacted on social network. “We thank you for your courage, Mr. Gablech. We shall never forget.”

Gablech, a native from the Slovak village of Hrachovište, who should have become a priest, became war hero instead thanks to his courage. He escaped the Nazis, survived Soviet captivity and became an unwanted person by the communist regime of president Klement Gottwald.

In 1937, he started attending the school for pilots in Czech Prostějov, the Sme daily wrote. After the war-time Slovak was announced, he flew an armed plane to Poland, on June 7, 1939. After the Soviet Union joined the attack on Poland, Gablech was captured and sentenced to five years of forced labour for espionage.

When Nazi Germany attacked the Soviet Union, Gablech was released from the work camp and got to the UK together with Poles, via Archangelsk. There, he briefly flew for the RAF. Serious health problems prevented him from a further career as a pilot, however, and he was then trained to be a flight controller. He worked as a flight controller until the end of war, at the Coltishall airport near Norwich.

After returning to his homeland – after the war ended – he also worked as flight dispatcher, first at the Prague-Ruzyň airport, then in Havlíčkův Brod. When the communists took over in Czechoslovakia, he was dismissed from the army, in February 1949, as most of the “western” fighters were. He was unable to find a job for some time, ultimately making his living as a manual labourer.

In 2005, a biography of him was published in Slovakia, called Hallo, Airfield-control, Go Ahead! (Spomienky vojnového pilota, Memoirs of a War Pilot). Gablech received several Czech and foreign awards and medals.

Last year, on his 100th birthday, he was promoted to general. He spent the last years of his life in Havlíčkův Brod, Sme wrote.