Slovak Prime Minister Robert Fico commented on the European Council’s conclusions about country’s Presidency of the Council of the EU. 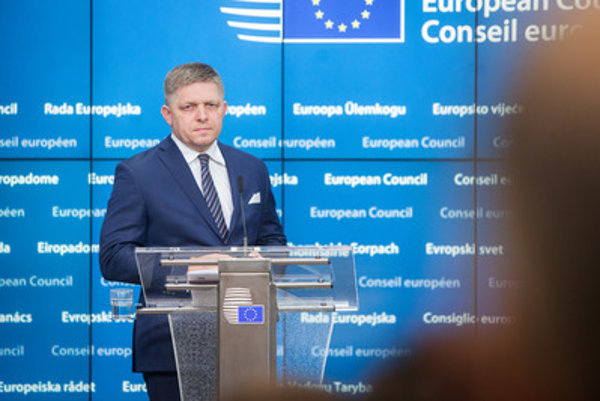 It is important that the conclusions feature such words as effective solidarity, Fico noted after the EU summit in Brussels on December 15. Effective solidarity is a concept famously championed by Fico as an alternative solution to mandatory migrant resettlement quotas. The Slovak PM does not think, as quoted by the TASR newswire, that anyone will come up with a similar plan when the original migrant relocation system expires in September 2017, but if they do, it will not be subject to qualified majority voting like in 2015 but to consensus among all EU-member states.

“At least we’ve convinced others, even though there’s a variety of opinions, that solidarity can be shown in other ways than just via immediate acceptance of mandatory quotas,” stressed the premier, as cited by TASR.

Maltese Deputy Prime Minister Louis Grech, whose country which will take over the presidency after Slovakia on January 1, said earlier this week that he is satisfied with Slovakia’s performance at the head of the Council of the EU, including when it comes to the concept of effective solidarity.

“The overall atmosphere among member states is that we have to speak about this matter in another way than simply admitting migrants,” Slovak PM said. “We’ve succeeded in this, and if Malta proceeds actively, things could gain momentum. We kicked the ball first; it was a hard kick.”

The Visegrad Four (V4) countries (the Czech Republic, Hungary, Poland and Slovakia) are united in their stance that no one can force them to accept migrants, Fico said, adding this was true despite the fact that Hungarian media and diplomatic sources claimed before the summit that unity in the V4 concerning migration policy is a thing of the past, as Hungary does not want to see even one more migrant on its territory.

Hungarian television channel ATV reported on December 13 that even the Slovak proposal of so-called effective solidarity regarding the migrant issue is not acceptable for Budapest any more. Hungarian Government spokesman Zoltán Kovács said that even voluntary quotas are not a good solution, as they would only attract more migrants to Europe.

“Effective solidarity means that no one can force us to accept anyone,” Fico said. “In this regard, the V4 group shares absolutely the same opinion,” he opined, adding that EU-member states will be able to choose the way in which they express solidarity vis-a-vis the migration crisis.