The talks between involved parties have not brought any results yet. 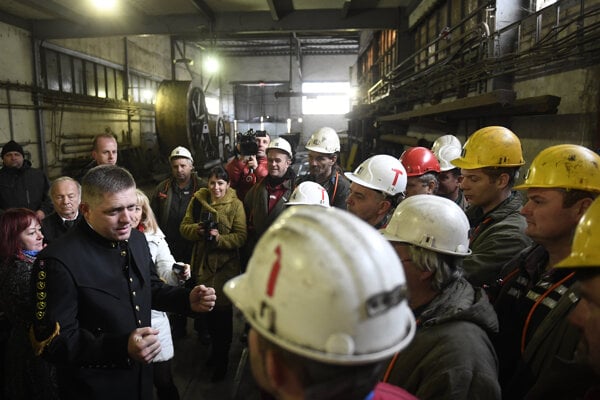 Prime Minister Robert Fico, Economy Minister Peter Žiga (both Smer), the Office for the Regulation of Network Industries (URSO) chairman Jozef Holjenčík and Upper Nitra Mines Prievidza (HBP) representatives met at the Government Office on December 19 to discuss the situation at the Nováky thermal power plant (ENO) in the Trenčín Region. The discussion was a continuation of the talks Fico held with the HBP leadership on December 17.

The Nováky power plant operated by the dominant electricity producer Slovenské Elektrárne generates electricity from brown coal mined by HBP. The loss-making coal extraction is subsidized from the so-called tariff for operation of the system. Some critics claim that support via this tariff is not systemic and that it increases the end-price of electricity.

“Due to attacks by [the opposition Freedom and Solidarity] SaS party on electricity production in Nováky and thus also on employment in the Upper Nitra area, the prime minister continued the discussion today as well,” spokesperson for the PM, Beatrice Szaboová, said after talks, as cited by the TASR newswire.

About 4,200 people work at the HBP mines and thus their closure would significantly affect the local labour market.

At the meeting on Monday the attendants were looking for an optimal solution in order to keep electricity prices as affordable as possible. While Monday’s talks did not bring any solutions, they will continue in the upcoming days.

The Nováky power plant shut down its third and fourth blocks at the end of 2015 after these did not undergo modernisation and thus did not meet emissions limits. Only the first two blocks were modernised.

Now, the mining company HBP has rented the third block from the Nováky power plant to test a way in which its operation would meet the emissions limit. This test project should last four months. The Nováky power plant indicates that making the third block operational again would be of value as failures mean it has to halt production in the first two blocks quite often. It will also help to keep up the production of coal from the HBP mine.

HBP general director Peter Čičmanec, also on Saturday, confirmed that issues with the first and second turbines at Nováky power plant led HBP to strike a deal with SE on performing a test run with the third turbine.

“That is why we have developed the project,” said Čičmanec as cited by the TASR newswire. “The aim of this test and the project is to find the right conditions for combustion in this block in order for it to meet the emissions limit for sulphuric and nitric oxides and to create a spare operational unit in case of an interruption in the workings of turbines one or two.”

The power plant and the mine claim that they have all the permissions needed for the operation of the third block.

The opposition SaS party does not like the idea of putting the third block into operation again and is afraid that this will pollute the environment. On Friday, December 16, SaS filed a complaint with the Prosecutor-General’s Office concerning this very matter.

PM Fico said on December 17 when visiting the mines that production of electricity in the third block is essential for preserving employment at this company.

"It's totally obvious that people from offices and cafes in Bratislava don't care whether these jobs exist or not," said Fico, adding that SaS would probably like to shut down the mines as well as the steel works in Košice. 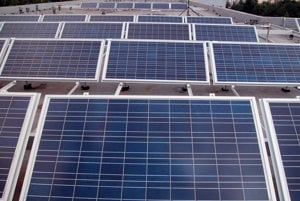