Slovak brands want to be closer to customers through innovations and high quality products. 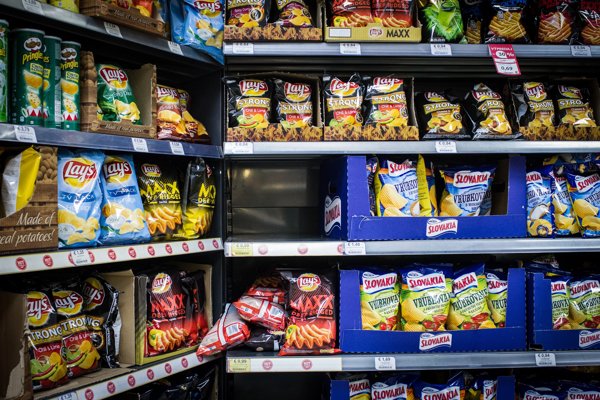 No need for a spoon or fork. All Slovaks know that the traditional Treska is easiest to eat when you dip your roll in it.

Treska is the traditional name of Slovakia’s well-known cod salad with mayonnaise, which has been around since the mid-20th century.It is just one of many products that profit from the tradition of its brand, well-
known to all generations of Slovaks – along with Slovakia Chips brand potato crisps or the “miracle cream” Indulona.

“During the previous regime, Ryba became one of the best known brands of food products in Slovakia, particularly after it started producing cod in mayonnaise in 1954,” Michal Britvík, general director of the Ryba Žilina company, told The Slovak Spectator and specified that currently they produce more than 250 tonnes ofthe product monthly.

While the original “Treska” salad has a long history, its younger sister, bearing the “exclusive” attribute, went into production in 2001. It includes a 45 percent amount of cooked meat of Alaskan cod and does not include the artificial sweetener saccharin in the recipe, according to Britvík. In the recipe, they have also limited the content of chemical preservatives used since the 1990s. Thanks to that, the “Treska exclusive” is “not significantly different from the ‘socialist’ one”, Britvík noted.

Ryba Žilina is a member of the group PRETO, is its majority owner, which exports food to the Czech Republic and the UK. Currently, however, they only serve a small group of customers there.

“Our aim is to grow also in this directionso that cod salad wouldn’t be only in specialised stores for Slovaks abroad, but to be much more accessible,” Britvík said.

Indulona is another brand that all Slovaks are sure to know, and which has, like hoover for vacuum cleaners, for instance, become the general term in the Slovak language for hand creams. Its use among the population, however, far exceeds the simple function of a hand cream.

The cream is prepared based on a recipe by Slovak and Czech dermatologists from 1948. Laterin the 1950s it was attributed as being “a miracle cream”. Slovaks use it for everything, from protecting children’s cheeks from the frostto shoe polish.

The Indulona website states that the original does not include any preservatives and the “formula has stayed unchanged to this day and is still produced” according to the original recipe, adding that “this is very unique in today’s world”.

2016 was a landmark year for the brand because a new product line was created for its customers – a range of body care products.

Indulona is made under very strict hygienic conditions similar to pharmaceutical production, as the former Slovakofarma Hlohovec and current Saneca Pharmaceuticals are used for drug production.

Another brand that Slovaks have become used to is much younger than the miracle cream. On the market since 1994, Slovaks have become accustomed to seeing it as their own. Slovakia Chips, the brand of potato crisps as well as other products from the Intersnack Slovakia company, covers a broad range of chips, salted nuts, sticks and other savory snacks. The company attracts consumers mainly with high quality products, innovative flavours and limited editions, according to Alica Pašková from Slovakia Chips.

The Slovakia Chips brand is one of the most trusted brands on the Slovak market, based on a market survey, and it is well known mainly because oftheir chips.

“We take care that high quality of raw materials for production is our priority,” Pašková stated, adding that in the production of Slovakia Chips they use only 100 percent sunflower oil, also known as HOSO (high oleic sunflower oil), the most suitable varieties of potatoes and spices without additives.

Unlike some other Slovak brands that are attempting to reach other customers in foreign markets, Slovakia Chips is not an export product and can only be had in Slovakia.