In a Kofola ad that was first aired 13 years ago, a man with his small daughter are running away from a wild boar. 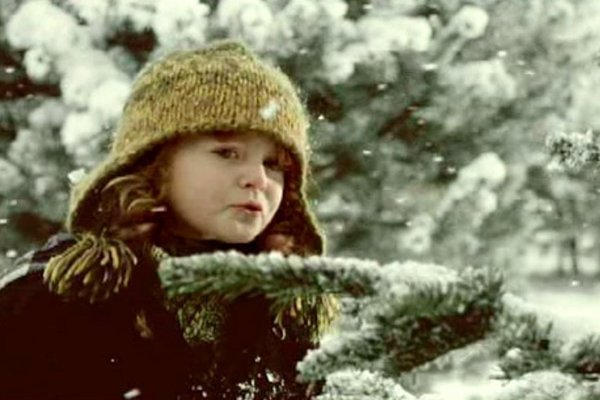 As Santa’s red trucks are associated with Coca Cola, Kofola,the Slovak sister of that drink, brings Christmas to Slovakia with its legendary ad.

In a Kofola ad that was first aired 13 years ago, a man with his small daughter are running away from a wild boar. The ad, known as “the golden piggy” is used both in Slovakia and the Czech Republic. For many, Christmas starts when the ad is aired on their TV screens again.

“The golden piggy is a tradition that almost everyone knows and can identify with the situation that happens in the advertisement,” Ivana Váleková, strategy planner of JANDL advertising agency stated.

In the ad, a little girl wrapped in her warmest winter clothes walks with herfatherin the snow through a forest, looking for a tree they can bring home for Christmas. As they walk, the dad explains to his daughter that if she manages to fast until the evening, Christmas Eve tradition has it that she will see the golden piggy.

As the man then proceeds to cutthe tree,the little girl starts asking some surprisingly specific questions: “Daddy, and will the piggy also have curved teeth?”

He answers that she has to hold on and then she will see teeth too. “No,no, I do not have to, I can see it now,” she responds. And then they run.

“The advertisement is very nice, funny and has a pleasant emotion,” Zuzana Ďurčeková, managing director of Made by Vaculik advertising agency, told to The Slovak Spectator. She highlighted the point that the client always deploys the ad spot to the media and does not let people forget it.

The success of the spot is connected also with the acting performance, direction and camera, that are reminiscent of the iconic Czechoslovak films with the theme of Christmas, according to Váleková.

Similar funny advertisements which entertain TV viewers are about the Slovak chain of shops Coop Jednota. It includes stories about two men who are shepherds living in a hut. The current Christmas spot shows how one of them accidentally steals Santa’s sleigh and reindeer.