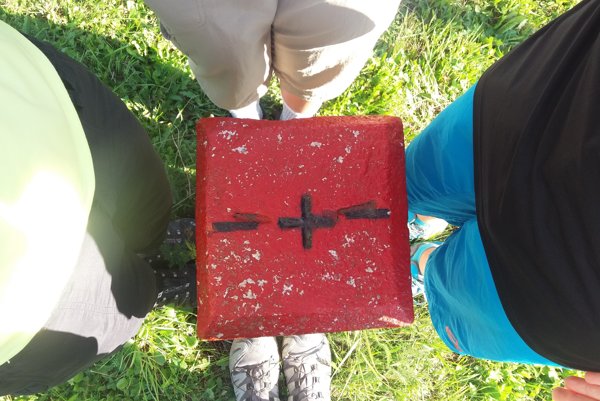 We have done it. It took us two years, or 36 days, or somewhere in between, but who cares. People we met on the way didn’t believe that we were doing it – we were too clean and not smelly enough. We believe, mainly because they have told us, people we have spoken to afterwards don’t believe that we did it. So now we have to confess … we did it without tents, without sleeping rough, without smelling too bad and obviously without bears.

I am now fully convinced that the Slovak bear is a bit like the Loch Ness Monster – that is, fictitious. If anyone can show us a bear, in the wild, please let us know. We are willing to travel and will be eternally grateful. We’ll buy the kofola.

Actually, we went to the zoo and saw the bears – shit they are big; we are really really happy that we didn’t meet a bear. We would have been the teddy bears picnic.

We almost ran the last day; well the shorter of us had to run to keep up. An average walking speed of 4.9km per hour – there are not too many buses from the border and we wanted to have time to look at the SNP (Slovak National Uprising) Museum. The day was beautiful – a fitting end to our walk. We looked at the views, ate the stolen apples and appreciated the tanks that dot the area. But the real reason for our un-discussed speed was our eagerness to actually finish. To know that we had done it, actually done it. By now so many people knew what we were doing. To fail would have been so, so,.. well so f----ing embarrassing. 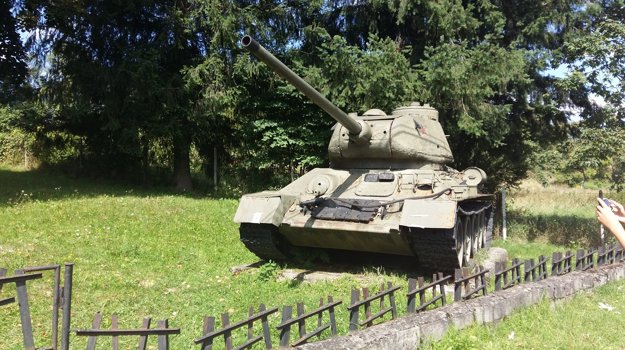 Public Announcement: I want to say, for the record, now that we are immensely proud of our kids.

We spend a total of 36 days walking … together (HELL). What we talked about, who knows, who cares. It was quality time – even the up-hill silences – even the freezing rain silences – even the 30th kilometer silences. Maybe the silences were the best bits. We have seen a lot, learned a lot. But not so much about bears.

But we did it and now, if someone asks the question how far is it to Dukla we know the answer:

The museum at the end was pretty disappointing – we, for some reason, expected more. Sure we climbed on a few tanks, saw an airplane and some artillery positions. But it wasn’t worth the trip. 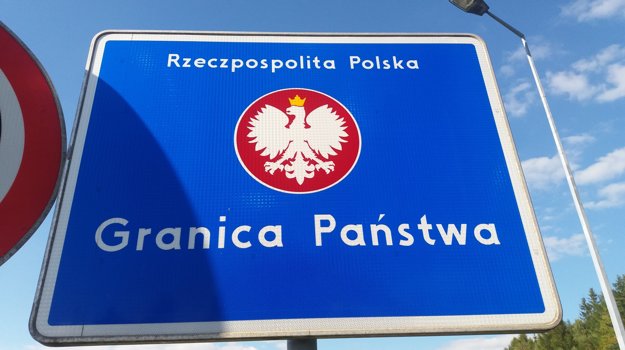 General comment:
Poland!
None of us looked into Poland – all that way and we forgot to look.
We have climbed 31km – a family achievement bigger than any mountain (literally)