A police officer charged in the Vrbnica case

But the investigator failed to accuse concrete police officers who reportedly beat the local Roma.

The investigator of the police inspectorate has accused a police officer who led the raid in the village of Vrbnica (Košice Region) in April 2015 of marring the tasks of a public official.

“The criminal prosecution in the matter of abusing the powers of public officials was halted as, based on evidence, it was not possible to lay charges against concrete police officers,” said Silvia Keratová of the Interior Ministry’s press department, as quoted by the TASR newswire.

The incident took place on April 2, 2015, when Košice-based police officers raided villages across the region. One of them was Vrbnica, where they reportedly beat 20 Roma, of whom 15 were later treated in the hospital. Head of the regional police station in Košice Juraj Leško said at the time that no violence was used, TASR wrote. 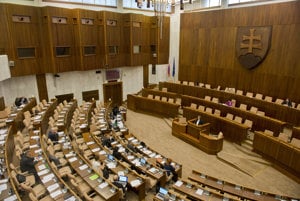 A health expert, however, confirmed that Roma had injuries after the raid that had been caused by batons, Vanda Durbáková, lawyer cooperating with the Centre for Civil and Human Rights who represents four of the injured Roma, told the media.

Durbáková called the charges against the leader of the raid “good news” and hopes the court will deal with the case in compliance with law.

She criticised the fact that the inspectorate could not lay charges against concrete police officers, which was caused also by the mistakes it has made during the investigation.

“In my opinion the inspectorate could have done more to secure enough evidence immediately after the raid,” Durbáková said, as quoted in the press release.

Though the inhabitants of Vrbnica contacted the police on the same day as the raid took place, the investigator came to the spot only after several days, which might have destroyed important traces, the lawyer explained, adding that the European court in Strasbourg has repeated several times that the initial phase is crucial when scrutinising similar cases.

As a result, the centre submitted a complaint against the decision.

The raid has been criticised also by Ombudswoman Jana Dubovcová, who said the raid was not necessary. The police used inappropriate power and violated the fundamental human rights of 15 people, she added, as reported by TASR.