There are a host of museums and galleries in the Slovak capital, and one of the most prominent private ones is Nedbalka in the historical centre. 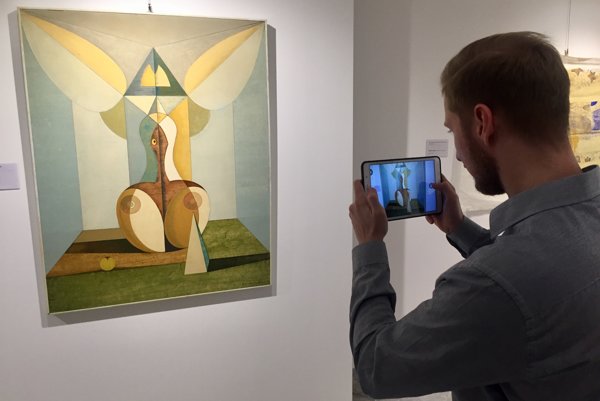 The new app in use. (Source: Courtesy of Nedbalka)
Font size:A-|A+

It is currently celebrating its fourth anniversary and it was a good occasion to introduce a technological innovation which has no par in Slovakia, or even in the Czech Republic. The virtual guide to the Nedbalka exhibits, works of Slovak modern art, is an interactive application in 15 tablets that offers more info, quiz and puzzle game in an interactive multi-media form. The new technology „image recognition“ can be especially attractive for younger gallery visitors, including pupils and students.

„This is the first attempt to implement this technology into a virtual gallery guide, both in Slovakia and the Czech Republic,” co-owner of the gallery, Peter Paško, “said at the launch and introduction of the app beginning in December. So far, only the Städel Museum in Frankfurt uses a similar technology.

The app includes only the artworks forming the Nebalka permanent collection as well as items in the depository; the temporary exhibitions on the ground floor of the gallery are not included. The app, developed by the QBSW company, also tries to collect data on the visitors who use it, which can then be used by the Bratislava Tourism Board.

The app functions in four languages – Slovak, English, German and French – which can be switched during use.

Since its opening, the gallery in Nedbalova Street 17 has been visited by more than 40,000 visitors. 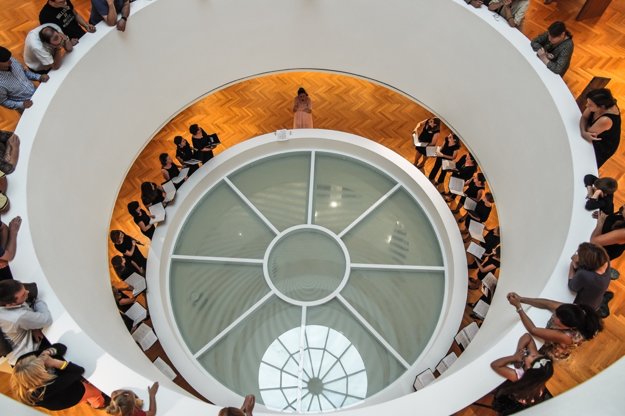 Cultural events like this concert (of the Technik choir) take place in the gallery, too. (Source: Marek Haring)