Kiska: The attack in Germany was not an accident

He also sent his sympathies to the bereaved. 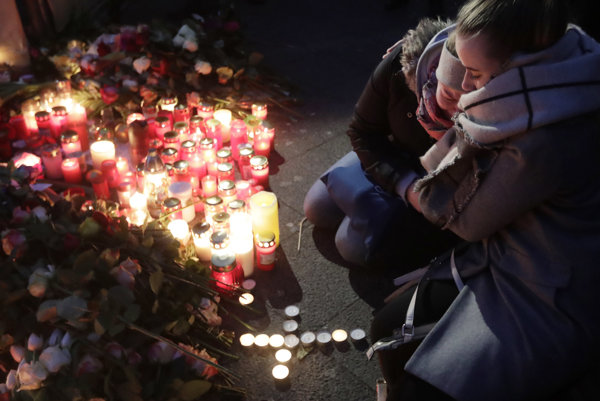 Two women mourn beside candles in Berlin, Germany, the day after a truck ran into a crowded Christmas market nearby and killed several people. (Source: AP/TASR)
Font size:A-|A+0

The December 19 attack on the Christmas market in Berlin, Germany, was not an accident, said Slovak President Andrej Kiska. The country is awaiting elections and is welcoming towards refugees, he added.

“We have to consider how to find these mentally unbalanced individuals,” Kiska said, as quoted by the TASR newswire. “We have to condemn them and we have to do everything to prevent such catastrophes from happening.”

The president repeated the words of German Chancellor Angela Merkel that the fear should not paralyse us.

“I would like to express my sincere sympathies to the victims’ families in Germany,” Kiska said, as quoted by TASR. 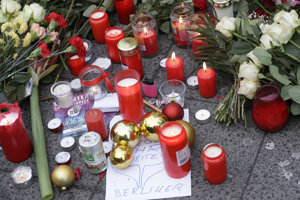 The Islamic Foundation in Slovakia meanwhile refuted all forms of extremism and claimed that it watches the tragic events in western Europe with concern.

“These infamies have only one objective – to spread fear, chaos and to set people against one another,” the Islamic Foundation in Slovakia wrote on its website, as quoted by TASR, adding also that some political elites raise big concerns in European countries. “Except for calling for unity they support the expressions of mutual accusation and hatred.”

The foundation also expressed its sympathies to the bereaved.