Sagan wins in another poll 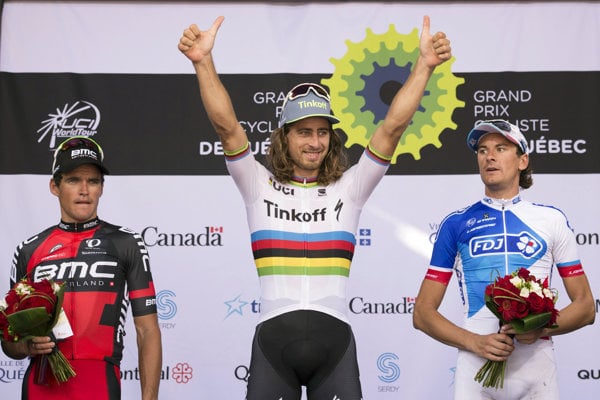 Peter Sagan, center, of Slovakia, raises his hands as he celebrates his win at the UCI Pro Tour cycling Grand Prix in Quebec City in September 2016. (Source: AP/TASR)
Font size:A-|A+

Most recently the two-time world champion in road cycling has become a clear leader in a poll of the readers of the specialised site Cyclingnews.com for the best male road rider of the year in 2016, the SITA newswire reported.

Sagan received 12,367 votes, or 73 percent of the total number of respondents. The winner of the Tour de France, Brit Christopher Froome, placed second with 1,428 votes (or 8 percent of respondents), while the Olympic champion from Rio de Janeiro, Belgian Greg van Avermaet, came third with 829 votes. 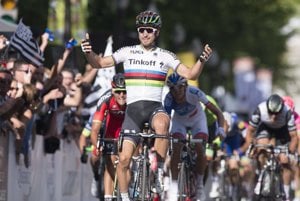 The 2016 season was good for Sagan as he won the Tour de Flanders and received his fifth green jersey at the Tour de France where he won three stages. At the end of the season he also won the European championship and defended his world title. He finished by becoming the leader of the WorldTour list.

Sagan is currently a member of the Bora-Hansgrohe team, to which he came from the now-defunct Tinkoff, SITA wrote.